Being in the television advertising industry I occasionally get gifts -- some of them are nice and some of them are just the usual run-of-the-mill stuff. There is the occasional surprise like the whoopie cushion I got from a television station sales rep in Houston back in 2007 which I discovered also functions as a handy jar opener. I can simultaneously make farting noises while accomplishing a task.

Today a very large box was delivered to our door. It came from the main office of my agency in Iowa. I had no idea what they might be sending me. For such a large box it certainly didn't weigh much. 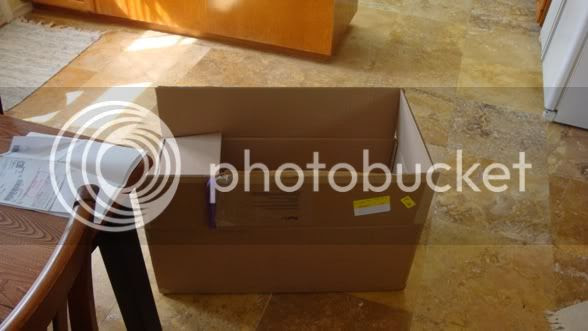 Inside the box was this gift-wrapped surprise in charcoal black paper with a jet-black ribbon. I had already disassembled it but photographed the remains so you could get the idea. It was quite morbid and I was wondering if this was some elaborate way of informing me that I was being discharged from their employ. 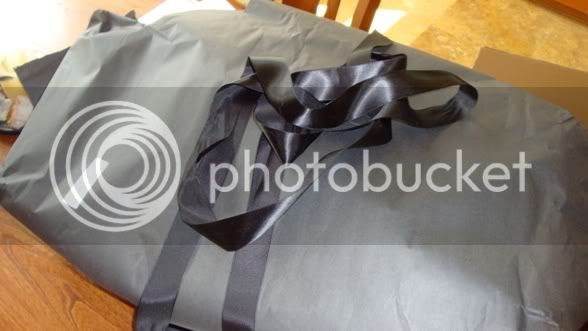 I was stunned and baffled upon opening this gift. "What the fuck is it?" I asked myself. I looked at a tag and realized it was not from my employer but from a cable network in Canada called "Scream." Think scary/horror programming. I guess they sent it to the main office where it was then forwarded to me at company expense. 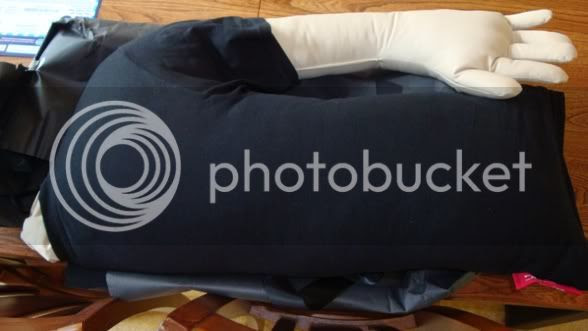 I was trying to figure out if it was a cleverly packaged t-shirt promoting the network, but there was only half of it with one arm sticking out. txrad was standing near me watching this drama unfold, and we were both asking, "what the fuck??" 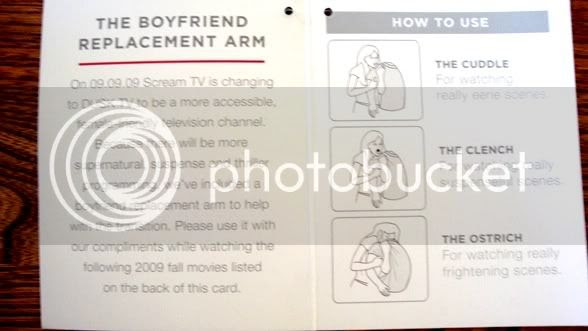 Excuse me? The "boyfriend replacement arm?" Oh, yeah. Right. Because the females are all so scared during "supernatural, suspense and thriller" programming that they need to cling to a man. Of course.

This will end up in my dumpster, requiring a garbage truck to haul it out to a landfill where it will continue to take up space. What a colossal waste.

Oh, Canada. How you disappoint me. I thought you were better than us.
Post Author: Friðvin at 6:44 PM