Where Do Gurus Hide?

I've heard him described as a "living saint," and something more than a mere mortal. And now he's a fugitive from justice with an arrest warrant. God does indeed work in mysterious ways.

With the subject of their deliberations still missing and presumed on the lam, a Hays County jury on Tuesday sentenced a religious guru to 14 years in prison for each of 20 counts of molesting two girls who grew up on the Hindu ashram he founded and led in Central Texas.

This should not be so shocking. We read about church leaders all the time who have been caught in a sex scandal of some kind of another. But I have a keen interest in following this story due to my personal involvement and experiences, and the friendships I've had with a number of devotees, as well as having business dealings with some of them early in my career.

I can't help but be dismayed by the blind allegiance to this man, and attempting to justify improprieties against a 12-year-old.

When he began fondling her when she was 12, Rose said: "It just felt so wrong. He was my first kiss by a man ever. The first time anyone touched my breasts, it was Prakashanand."

In the few instances in which they told an adult of the incidents, the women said, they were instructed that the touching had a higher purpose. "I was told it was a test and if I failed it I would go to hell," Rose said. The other women said they were told the guru was gracing them.

The dramatically differing testimony left jurors with the task of establishing whether the women were lying to hurt the guru or whether his devotees were lying to protect him. Each side struggled with proving or disproving a case based on incidents alleged to have occurred 15 years earlier.

Well, let's see here. A devotee tells a young girl who has not yet entered her teens that she will go to hell if she does not allow a saint to fondle her breasts and kiss her lips. It is not hard to see who is trying to protect whom.

One also has to wonder just how brainwashed you'd have to be to fork over enough bail money to sustain a struggling town during an economic downturn, or feed 100,000 poor and homeless people quite well for a month or longer.

Hays County authorities also began the process of collecting $11 million in bond money and other financial commitments they said Prakashanand forfeited when he did not show up in court Monday morning.

...[Peter] Spiegel, a direct-marketing executive who lives primarily in California, has the most to lose from Prakashanand's disappearance. Not only did he put up a $1 million cash bond, he also signed a $10 million indemnity agreement in October 2008. In exchange, prosecutors agreed to return the guru's passport so he could travel to his other temples.

Prakashanand's passport was revoked five months ago, but prosecutors said the agreement still called for Spiegel to pay $10 million if the guru did not show up for trial. On Tuesday, Spiegel said he did not fully understand what he was signing at the time.

Bullshit! I've known this savvy businessman for 20 years. He did not amass his wealth by not fully understanding what he was signing at any time! I'm sorry he placed a bet and lost, but you don't get to demand your $11 million back from a casino because you didn't fully understand how the craps table works! 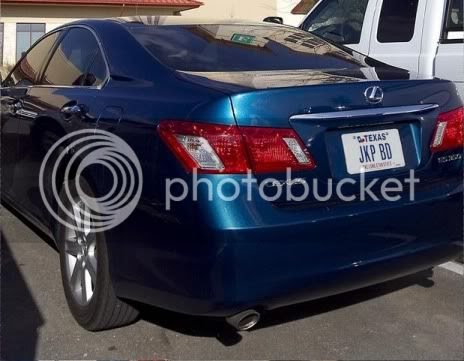 WHAT WOULD JESUS DRIVE?

From my early exposure to Swamiji and his devotees, I distinctly remember an emphasis being put on total devotion to God, rather than being focused on maya, the illusion of our present reality which interferes with our understanding of God.

It's always refreshing to see the preacher of such a beautiful philosophy driving around in a Lexus with vanity plates!

Meanwhile, the guru is missing and law enforcement can't seem to locate an 82-year-old bearded man in saffron robes. I can't help but wonder if they are searching in the wrong country, despite the revocation of his U.S. passport. Perhaps the notion of justice is also part of maya.
Post Author: Friðvin at 8:14 AM