I get a 3 day weekend and how do I decide to kick it off? By sorting out white office paper from "other" paper and manila folders in an effort to recycle this 5-year-old crap that's been sitting around our house for too long!

And people think I'm funny because I now work almost 100% paperless. Never do I want to go down that road again. 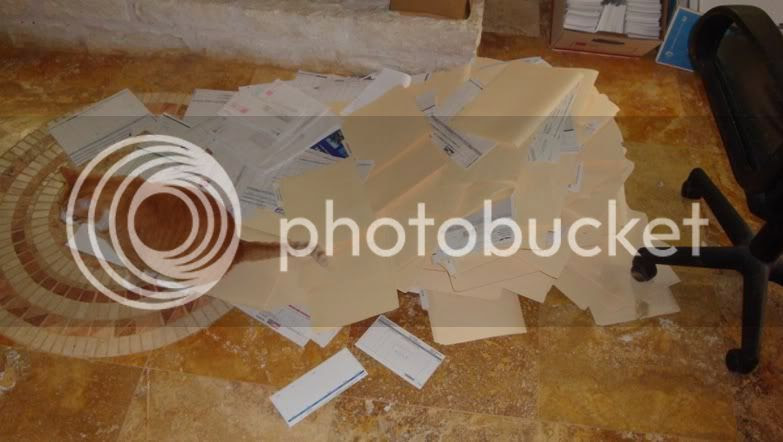 This is what it looks like when you go through 5 or 6 boxes of files and separate out the white office paper from other paper. Pulling out the white paper was like reliving the 2 years of time I spent working for my own advertising agency. 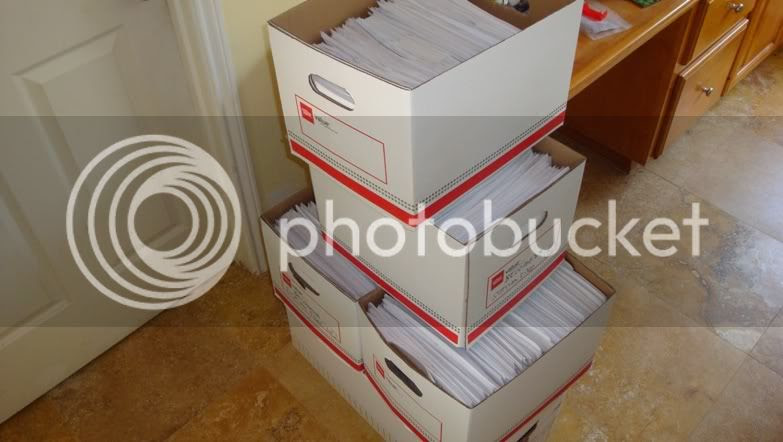 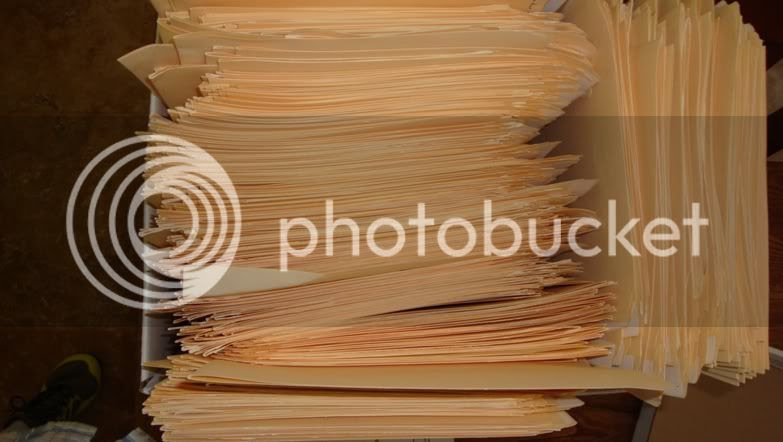 I also got all the manila folders packed tightly in a box. Each one of those represents a television station in the US! Each had a label on it.

What a waste of time that was. We made labels, we created documents tailored for our business, we printed documents, faxed documents, got signed copies of our documents faxed back to us, and all that shit got filed away.

I loaded up the car with all the stuff and headed out to the Eco Depot recycling center and feeling quite pleased with myself for spending over 2 hours getting this properly prepared for recycling rather than just dumping it in a landfill.

The attendant at the recycling center took one look at the paper and said, "Oh, that all has staples in it. We can't recycle it with staples."

So it had to go in as garbage. The huge machine that processes the garbage was about 10 or 12 feet below the deck where I was standing. As I began to empty my boxes directly into this rather dizzying square "hole" and hoping I wouldn't fall into it, I realized that I was taking all my delicate sorting work and mixing it all back together again. White paper, colored paper, cardboard, and manila folders suddenly became reunited.

I could have more easily put all this in my dumpster at home although it might have taken a series of weekly pickups until it was all disposed of, so I guess it was worth the $13.50 to get it done all at once.

But this really has me a bit disturbed by the realities of recycling. 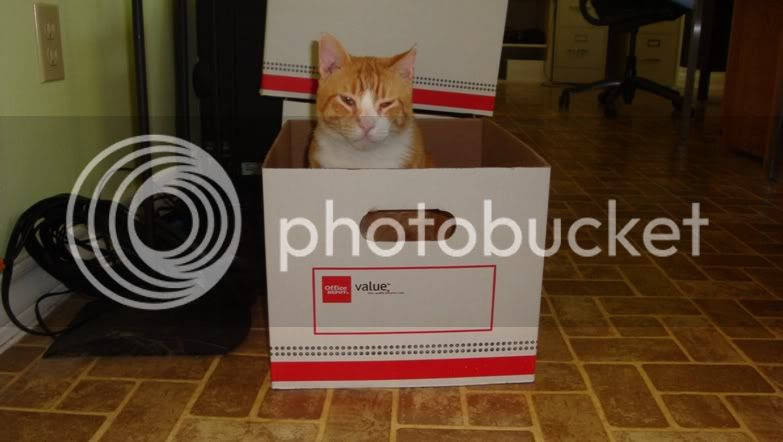 At the end of my wasted day, the Tot was happy to have an empty box.
Post Author: Friðvin at 12:08 PM