Forget expensive tickets to concerts and sporting events. The best entertainment is free. 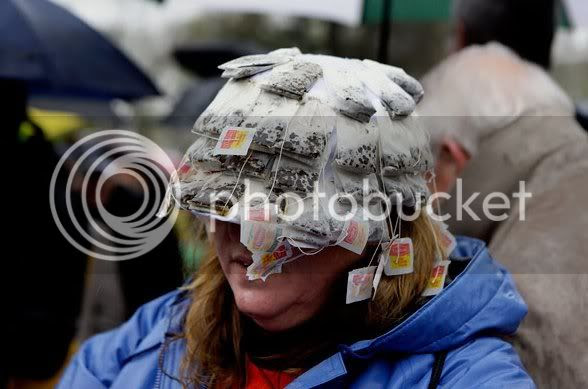 Several hundred people showed up in Lafayette Park opposite the White House, until the park and parts of Pennsylvania Avenue were cleared while a robot retrieved what the Secret Service confirmed was a box of tea bags.

In Austin, Tex., Gov. Rick Perry energized a crowd of about 1,000 by accusing the Obama administration of restricting states’ rights and vaguely suggesting that Texas might want to secede from the union.

Governor Goodhair might want to take a step back and reflect on this insanity before proceeding. Despite the appearance of Texas being extremely conservative, there are actually quite a lot of people here who would classify themselves otherwise. And once the exodus of the smart ones begins, this state might be left with nothing but a cesspool of ignorance and bigotry.

What a platform for staging his re-election bid! But carry on, sir. I would love nothing more than to see your campaign bite the big tea bag.