Our friends Jackie & Stephen are getting ready to move to Santa Fe and we lucked out on their dining table and chairs. This required access to a large vehicle so I rented a U-Haul van which turned out to be not nearly as stressful as driving one of their larger moving trucks. Don't be too fooled by the $19.95 rate on the van; it ended up being $52 plus $9 for fuel. A rate of 59-cents per mile adds up pretty quick on top of the $19.95 rate. 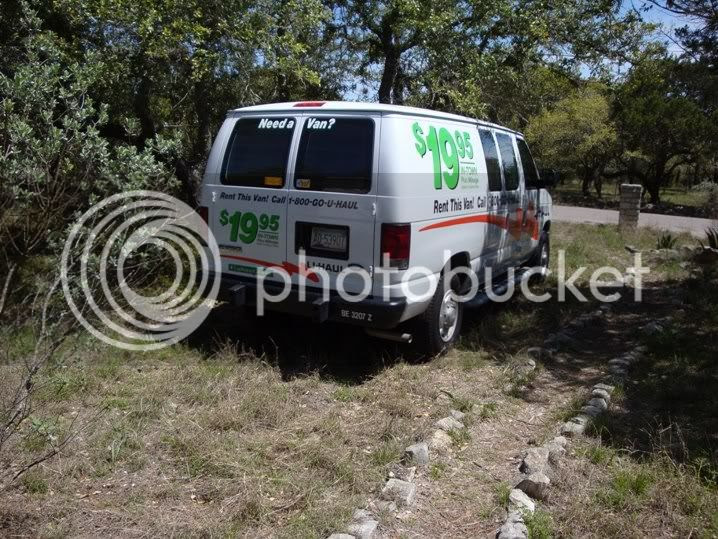 I'm not sure what I'll do with this old table which we bought in Los Angeles, probably in 1996 when we bought our first house. When I invest in a sander, I might sand this down and refinish it, just for the practice. 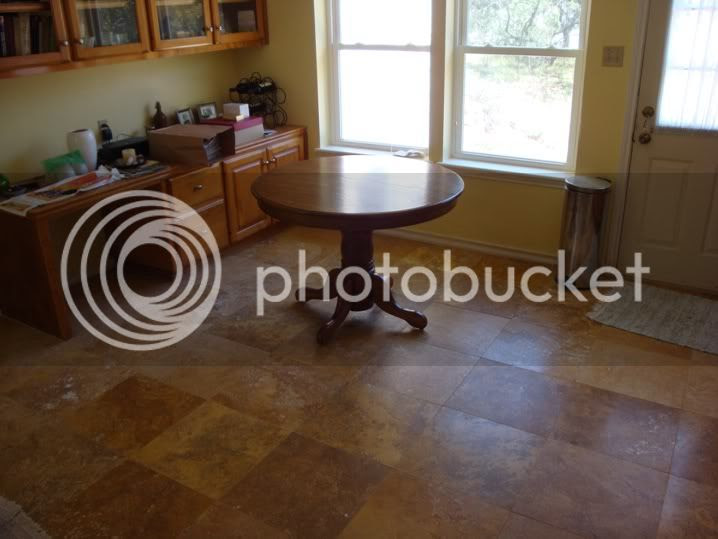 While this new table takes up more space, it's still fine in the kitchen, and of course we could move it into the adjacent den if we were ever to have a real dinner party with six people. 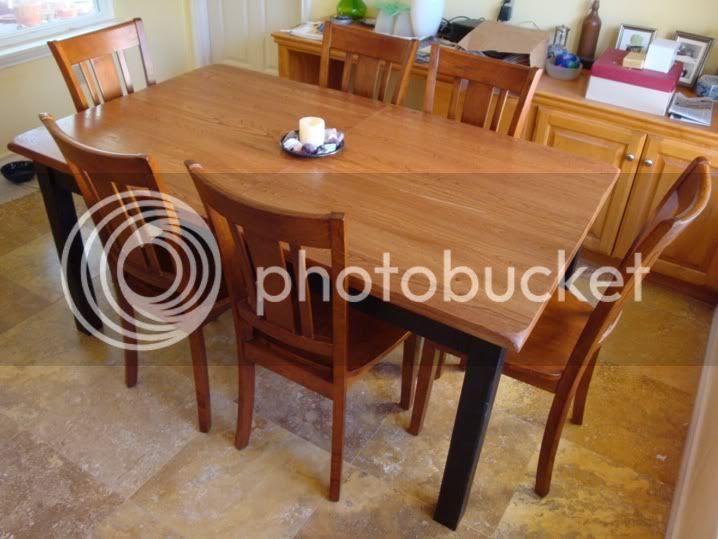 It really looks great on the new travertine floors. While you wouldn't know if from the picture or how the table looks, that is one heavy table! Four of us loaded it into the van, and two of us managed to get it out and into the kitchen. I swear I think it weighs in excess of 200 lbs.

We got it in with no dings or scrapes. There is one minor scratch which is clearly visible in this photo but that can be easily doctored up.

We're happy! Jackie actually finished the top of the table and painted the base black. It looks stunning.
Post Author: Friðvin at 4:02 PM