At least, the few that remain. 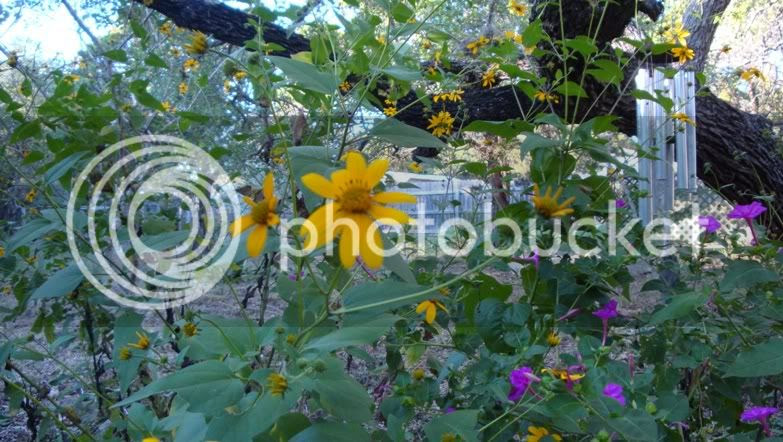 Earlier this week, txrad purged the yard of most sunflowers. The entire backyard was full of them and by now they would all be in bloom. However, it was a necessary procedure as they are horrendous to clear out after they die off leaving hard woody stalks behind. 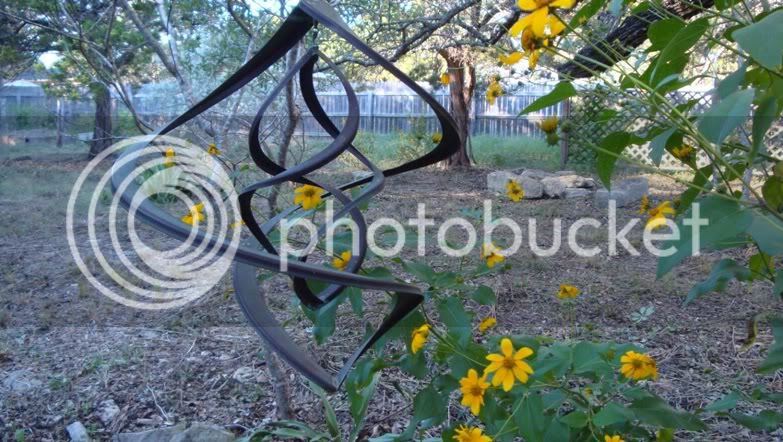 A few weeks ago I took one of those Family Feudish quizzes on Facebook. One of the questions was, "Name a sport that is played in summer," and I incorrectly answered football.

Chalk that one up to my geographic upbringing and current locale. Well, actually it is partially true as I pointed out in Facebook comments. Summer doesn't officially end until mid-September and football season starts beforehand. So I was essentially correct.

But here in Texas it can feel like summer well into fall. It is not until the wild sunflowers bloom in our yard that I start to realize summer is ending and a change in seasons is forthcoming.

Soon we'll have our first cold front of the season blast through here which will bring daytime temperatures down into the 40s. November will roll around, mid-term elections will provide a brief distraction from the upcoming frenzy of holiday activity, and before you know it, we'll be making those damned New Year's resolutions again.

Three months from today we'll be well into January, 2011. But for now, I can focus on the stillness of time from the sunflowers, enjoying their swaying in the gentle afternoon October breeze.

The few that remain.
Post Author: Friðvin at 5:51 PM