A Bug in the System

For the past two days I've been hearing a scratching noise behind the bathroom ventilation fan on the ceiling. I figured it was a bird building a nest although I've never heard of birds picking such an odd location. I turned on the fan and it sounded like it was brushing against twigs.

Earlier today I turned on the fan and something was completely blocking it from spinning. Then later when I tried it just started whirring away. But I could never drive the critter away, whatever it ultimately was. That should have been my first clue it probably wasn't a bird -- unless it was trapped as opposed to building a nest. And that is what we decided it was -- a trapped bird. And then I was feeling all kinds of guilt for turning on the fan and hoping I hadn't injured it.

I began removing the plastic cover of the fan and light and realized that was no help at all. It was FILTHY up in there but the fan was a tall cylinder which extended up into the box in the attic rather than a fan with several flat blades.

My next step was to go up into the attic. This required removing a few dozen boxes from the closet before I could access the panel into the attic. (I now have to also go try and fit them back in perfectly. Joy.) 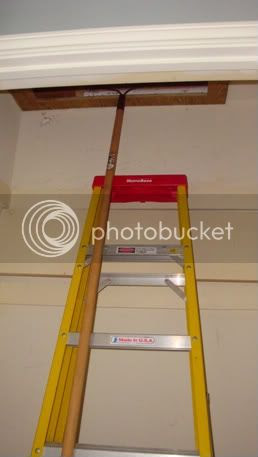 Once I was up there I could hear the critter scratching but it was clearly inside the ventilation box which was connected to a long air duct out to the roof. So, a waste of time.

And that pole you see hanging down is a rake. I decided I needed that to reach over and rake the insulation off the fan box which fortunately was only about 2 feet from the top of the ladder. 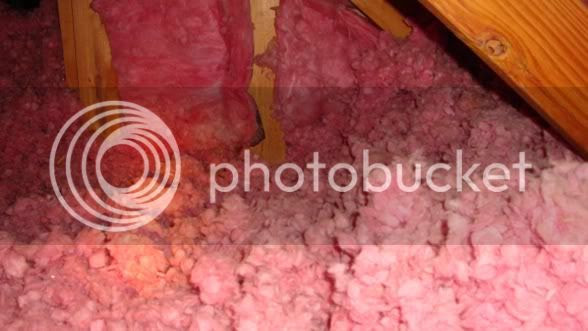 The fan box was under there...somewhere.
The only way to get in there was to unscrew the fan and remove it. This was pretty scary as I had no idea if the critter was going to fly out, fall out, or slither out. I got the fan removed but could see nothing. Yet I could still hear scratching. We knew it had to be close by because we'd seen it moving the fan before we removed it.

We closed the bathroom door and waited for something to emerge. After about 15 minutes I went to check and voila! Poor thing! 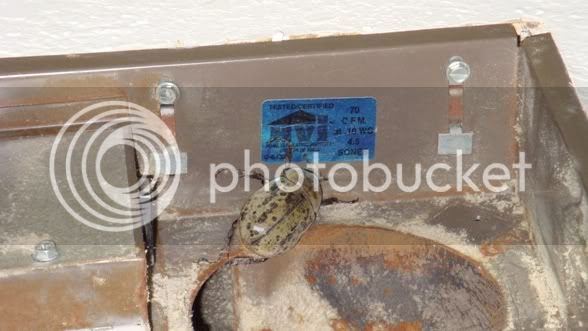 That is one of the biggest bugs I've ever seen in my life. 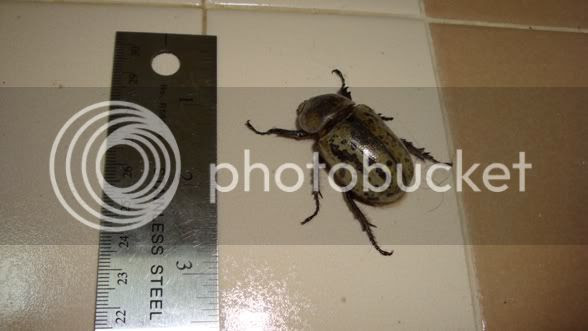 It fell to the floor and Sheldon gathered it up in a bag and took it outside. 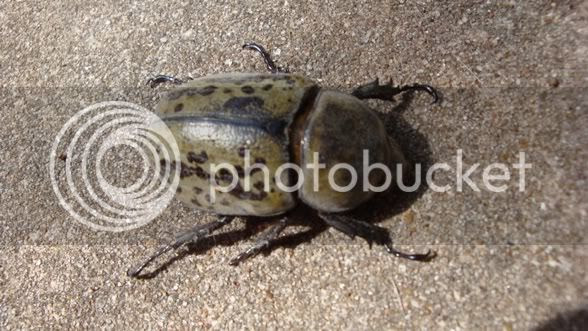 It seemed a little dazed by the outdoor light. 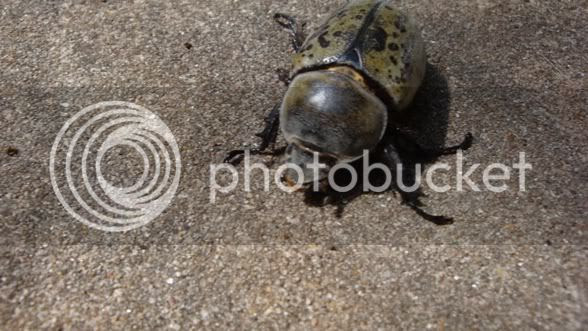 The head on that thing was rather menacing!

What a hassle! But at least that problem is solved and we can easily clean the fan before installing it. That's been on my to-do list for a long time but I never wanted to tackle that project. 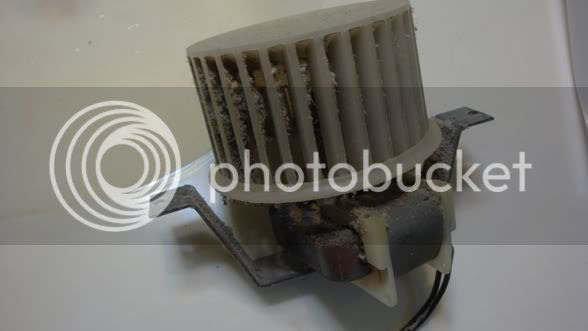 Yuck. That is probably a 20-year dirt accumulation.
Post Author: Friðvin at 4:36 PM

Email ThisBlogThis!Share to TwitterShare to FacebookShare to Pinterest
Labels: Insects