Mike Masterson, the opinion editor of the Arkansas Democrat-Gazette’s Northwest edition, i.e. the most heavily Republican district of the state, got me all wound up this morning with this piece in today's paper. 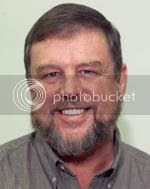 Ahh, the joys of being a white, heterosexual IDIOT.
I really hope the link works -- it could be subscription only which I have by virtue of piggy-backing on my mother's print copy subscription. In any event, you'll get the gist of it...

By the way, just like Prejean, Barack Obama, George W. Bush, Hillary Clinton and nearly 70 percent of my fellow Americans, I, too, am a Christian, one who believes that institution of marriage is between one man and one woman. The people of other major religions believe likewise.

As with most of that vast majority, I also couldn’t care less what consenting adults do in their own bedrooms. But to destroy the holy and sacred institution of marriage based on the behavioral preferences of one group representing a fraction of our population would be a drastic mistake.

The colossal asshole got it all wrong. This is not about what consenting adults (and make note of his use of "consenting") do in their bedrooms; it's about what rights consenting heterosexual adults have in a relationship recognized by the state which non-heterosexual consenting adults do NOT have. And it matters fuck-all whether we are 7/10ths of 1%, or 6%, or 42%. We are tax-paying, hard-working Americans with ethics and moral values as well. And I'm fucking fed the hell up with "opinion editors" and anyone else trotting out these tired old arguments, and using the most insulting phrases like "behavioral preferences" only adds fuel to my fire.

Mr. Masterson, a "behavioral preference" would be, for instance, one in which a man prefers to pee sitting down to avoid splatter. My own "behavioral preferences" include things like having the toilet paper flap on the top vs. the underside, and always squeezing the toothpaste tube from the bottom. But when it comes to fucking in the privacy of my bedroom my sexual orientation, this is not a preference or a behavioral choice. My route is what is natural for me as a gay man.

But wait, Masterson's reasoning gets even more embarrassing for him.

It would be like cracking an egg that, once broken, would open the marriage door to all forms of sexual behaviors and predilections. Try to visualize pedophiles marrying children, a husband with multiple wives, humans marrying animals. Don’t laugh. Once we fallible human animals choose to erase a moral boundary established by a much higher force than convenient political popularity, where can any meaningful lines ever be drawn in our society?

Trust me, I'm not laughing. Yes, try to visualize pedophiles and sex with animals, you sick twisted fuck. Spread that fear to your readership and continue distorting reality to suit your own theocratic jerk-off fantasy.

Apparently at this point in the scribe, he lost sight of a word he used earlier: consenting.

You see, children are not consenting adults; we already have laws in place to prevent pedophiles from marrying children, and without those we'd already have heterosexual pedophiles marrying children. As it stands now, we have a lot of heterosexual pedophiles simply raping children outside the institution of marriage, as opposed to within it. And this has abso-fucking-lutely NOTHING to do with same-sex marriage. And Masterson has got to know this; if he doesn't he has no business being paid to write opinion pieces for a major statewide newspaper; he should be submitting them as a reader to an editor who actually has some common sense.

But it sure works great as as humor piece scare tactic when you have absolutely nothing else to hang your (ass)hat on.

As if this just simply isn't too over-the-top to fathom, he has to toss in the obligatory visual of humans marrying animals. Again, animals can't consent. And seriously, while we're on the subject of "fractions of our population," how many people would go that route, even if it were legal? (It's a rhetorical question, don't answer it. I have no doubt somebody somewhere, probably one or two of his newpaper's subscribers, would give it a whirl.)

And then Masterson continues with the granddaddy of them all: speak out while you still have the basic right, because Carrie Prejean is living proof that we're about to lose that right.

Even a beauty queen with no ax to grind with anyone is not exempt from personal attacks today for simply giving an honest opinion shared by most Americans. Carrie Prejean and her grandfather are right. It is time for everyone who believes in values and freedom to get off their duffs and be counted-while they still can be.

Mr. Masterson, am I included in your definition of "everyone who believes in values and freedom?" Only to a certain extent? We would like to "get off our duffs and be counted." That's the fucking point of our Gay Agenda. Only people such as yourself just keep shitting all over it with your asinine propaganda and fear-mongering.

If I wasn't such a proponent of free speech, I'd be tempted to tell you to shut the fuck up. But I will not take that low road. You go ahead and make a colossal asshole out of yourself in the statewide press as often as you want. Eventually, you will be on the losing end of this battle. Even in Arkansas.

Eggs are gonna get cracked. And there ain't no demons, pedophiles, or animal fuckers lurking within. Just basic civil rights, and that's some scary shit for many people, apparently.

I don't even know how I ended up right here, however I thought this post was good. I don't understand who you might be however certainly you're going to a famous blogger when you are not already. Cheers!
My website - www.bhgalleries.com

Hello there I am so happy I found your website, I really found you by mistake,
while I was looking on Bing for something else, Anyhow I am here
now and would just like to say many thanks for a tremendous post and a all
round enjoyable blog (I also love the theme/design),
I don’t have time to browse it all at the moment but I have
bookmarked it and also added in your RSS feeds, so when I have time I will be
back to read much more, Please do keep up the fantastic b.
Also visit my website : Luscious Amateur Gets Her Face Drizzled With Warm Cum

Good day! This post could not be written any better! Reading
this post reminds me of my good old room mate!
He always kept talking about this. I will forward this page
to him. Fairly certain he will have a good read.
Many thanks for sharing!
Stop by my site - teen sex videos

I like reading through an article that will make men and women think.
Also, thanks for allowing for me to comment!
Feel free to visit my website - sex videos