I haven't been to see my mother since January, 2008. Having scheduled the entire week off from work from 5/11 - 5/15, I figured Mother's Day would be a good time to make the run to Arkansas.

Saturday morning I will hit the road as early as possible to Little Rock and should be there by mid-afternoon. I'll have dinner with a friend I've known since high school. 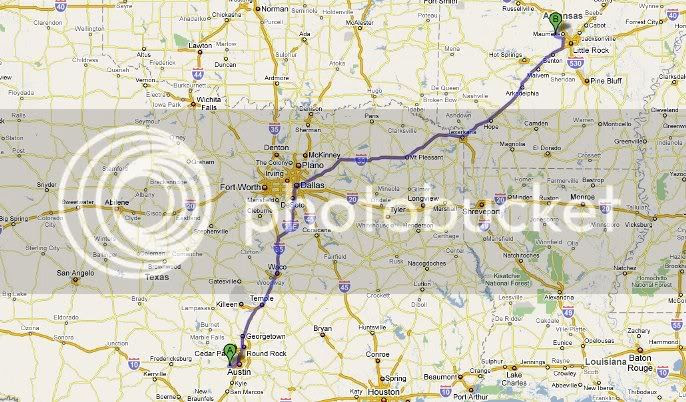 Then Sunday morning I'll make the 125 mile drive from my friend's house to my mother's house. I should be there by 10:00 or 11:00 depending on when I leave Little Rock. The drive from Austin to Little Rock is so much easier than making the trek directly to McGehee, the last two hours of which are on mostly two lane roads which are exhausting after already driving for 7+ hours. 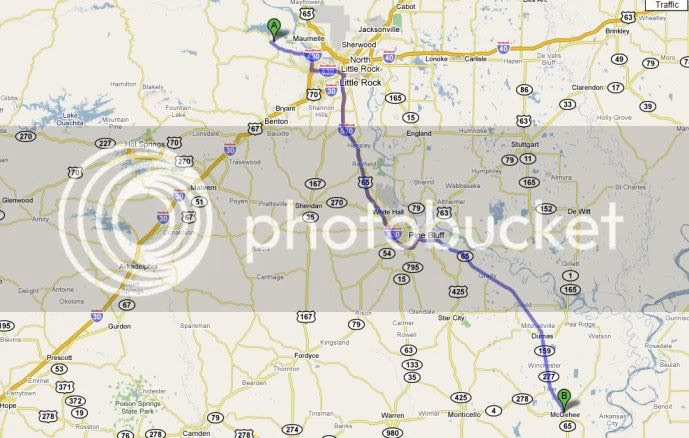 Now comes the fun part. When I decide to leave, the good news is that I get to deal with the two hour two-lane road portion early in the morning and put that behind me. The online maps suggest this route back to Austin. It's about 580 miles and all freeway from Monroe, Louisiana to Austin. That should take about 9 1/2 hours. 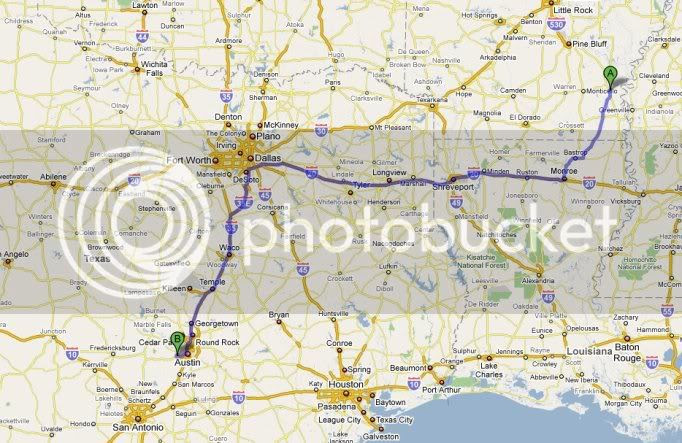 I'm always tempted to try an alternative. This route is the shortest in distance, about 535 miles, but according to the mapping software requires about 10 hours of driving time. But that road from Longview to I-35 in Round Rock is one long stretch of lonesome. It's very good for personal contemplation though!

Another one of the cons with this route is really bad radio for about 5 hours. Guess I should take some CDs, or just shut off the stereo and ... contemplate. 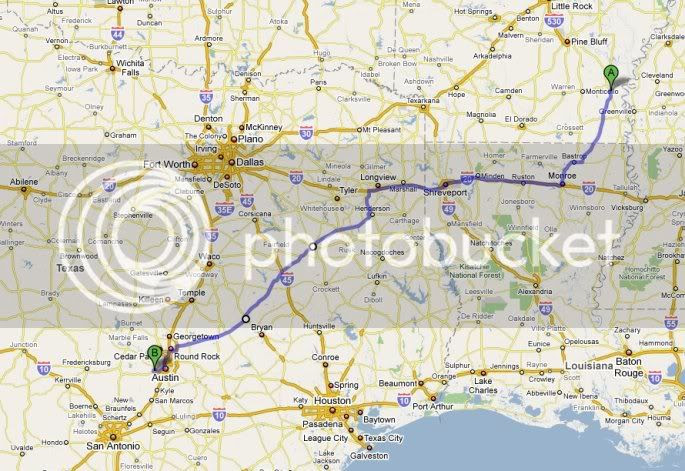 If anyone reading this has taken that route, let me know what you think. Regardless of the route, I'll be hitting the Austin city limits just at the start of our horrendous rush hour, unless I get a REALLY early start on this portion of the trip. A 7 AM departure -- at LEAST -- is mandatory.

After a few days of hearing Fox News at my mother's house, I don't think a 6 AM departure would be hard to achieve.
Post Author: Friðvin at 8:21 AM

Email ThisBlogThis!Share to TwitterShare to FacebookShare to Pinterest
Labels: Travel