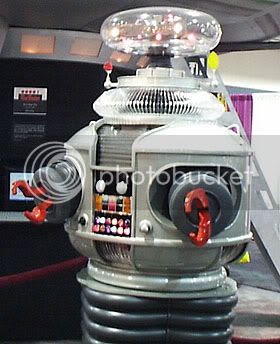 Here is an email my brother and I received this morning which was obviously directed to others who share his passion for going off the deep end. Miserable has been redefined this morning.

I really like you, Carol, Buzz, HAnk, and a lot of others that I do not put on these Emails. You guys understand the US Constitution, Declaration of Independence, and Federalist Papers plus economics of freedom, liberty, and owning property. Which is, although the word is not used in the Constitution, the same as saying Capitalism.


With regards to the LEftist, tyrannical, Socialist/Nazi/Communist personnel of the Democrat party we are at a cross roads that requires a COUNTER Revolution. Just like John Adam, Alex Hamilton, Aaron Burr, Benjamin franklin, Thomas Jefferson, George Washington we will have to take up arms against the treasonous, treacherous, anti-constitutional personnel of the Democrat PArty.

I consider the Farrell family [this would be konagod and others of my ilk] as the RED COATS and should be shot on site as traitors to the US. Traitors and treasonous people to the US according to the US constitution shall receive Capital Punishment, i.e. death.

Remove these boneheads from your CC line, so we do not have to interact with tyrannical, totalitarian, hippie, pot/heroine smoking idiots. I consider them dead men walking. Just like others here in NJ that I have to deal with.

Well. Brian gave me much to think about. First and foremost, I'm concerned about the "site" on which I would be shot. I might want to avoid that place.

Can you imagine what can make a person wake up on a Saturday with that level of anger? What must he be like on Monday morning? Sheeesh.

I'm purely speculating here, but I have a hunch this guy isn't a big fan of the arts. Doesn't get out and see much ballet or opera. Probably doesn't have any Creedence in his CD collection, or any Neil Young. He definitely doesn't read the New York Times -- that was covered in a previous email. He seems to have so much pent-up anger and hatred, you'd think he hadn't seen justice served since December 8, 1980.

During his name-calling tirade, he failed to mention homosexual and vegetarian, but perhaps those fall under the all-inclusive hippie label.

But seriously, if you had any doubts about how deranged and angry a certain segment of society has become, this should help to clarify. I am at a loss to explain what led to, and is feeding, this collective desire to rip the country to shreds. I used to think it was simply having a black man in the White House. And perhaps that was indeed the catalyst. But it's morphing into something unimaginably wicked and evil.

But let's get one thing straight: I don't smoke heroin. Never have and never will. Not smoking any heroines either.

There's a part of me that would gladly cede one or two states to these mouth-foaming imbeciles just to get them out of our political system, and out of our lives. But that really wouldn't be fair to our progressive allies in those states, nor would it cleanse this toxicity from our midst.

So I guess we are stuck here, together, and will watch this gut-wrenching morbidity unfold in 2010 and 2012 and beyond.

If this guy's version of America does prevail someday, please... can his leaders at least have some grammar skills and use spell check?