A Piece of Olympic History

You're not going to believe this. I was sitting in the living room watching curling when suddenly the stone closest to the front of my TV fell off onto my floor!! 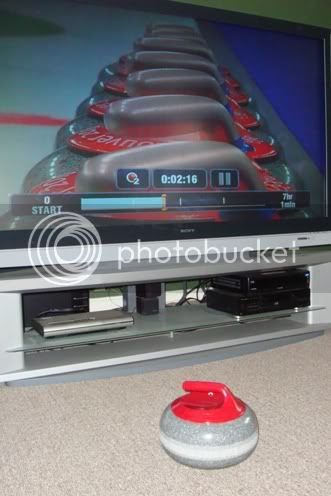 OK, so I know you're not believing it because the handles on the Vancouver stones aren't the same as the ones used in the 2002 Salt Lake Olympics, which is the origin of that rock.

Here's the real story of how it got there.

Last week while watching curling, I had already consumed a bottle of red wine while waiting on txrad to get home from an errand. He was running way behind, hence I consumed the whole bottle of wine as opposed to the half of it which was my intent. When he did arrive it was almost 9PM and he wanted a drink or six. He did a tequila shot and so did I.

I got on the internet to research something about curling and stumbled upon a website for a curling supply store in Madison, WI. Lo and behold, they had a stone for sale from the Salt Lake Olympic curling competition.

For many weeks after the 2002 games I had been searching online to see if I could find one. I looked everywhere and on ebay. No luck. I finally gave up after concluding that the Olympic Committee keeps a tight grip on them, or that there are so few available that the lucky ones who have an opportunity to get one are not so eager to part with it.

So with that bit of history behind me, I knew I had to do this. Mix wine, tequila, and beer with a credit card and internet access and well... a fool and his money are soon parted.

The next morning I woke up and it felt just like any other day, until I recalled that perhaps I had spent $800 on a 40-pound chunk of granite. An email from the curling supply shop confirmed it.

For about an hour I felt like I'd made a huge mistake... until the euphoria started to kick in. After contemplating that it could potentially be considered an investment, aside from being a true piece of Olympic history (OK, Olympic curling history; it's not exactly the swim briefs worn by Michael Phelps in the summer Olympics!), I started to get excited.

Over the weekend I was so hoping it would arrive by Monday but I suspected it would be Tuesday. And on an appropriately cold and snowy day in Austin, my rock arrived. 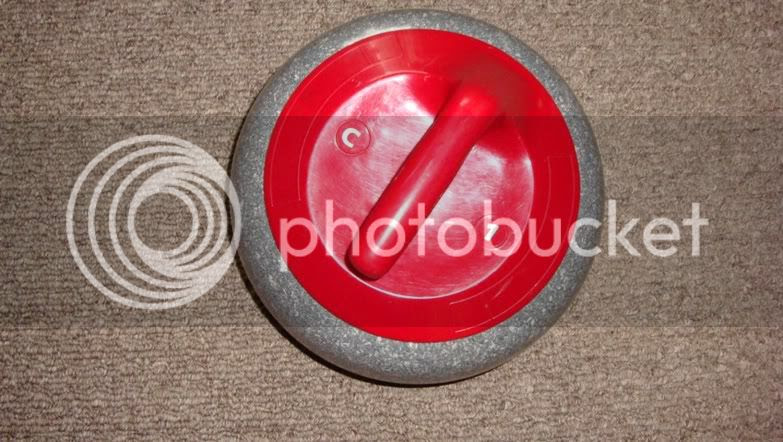 And oh my God, that box was heavy! You think 40-pounds isn't much but when it is condensed down to something this small, it boggles the mind.

I started looking for the serial number inscribed by the Olympic Committee and couldn't find it. For a few seconds I was starting to suspect I'd been scammed. Actually it's extremely hard to see unless the light hits it at the correct angle. I had to take 5 or 6 photos to get this one. 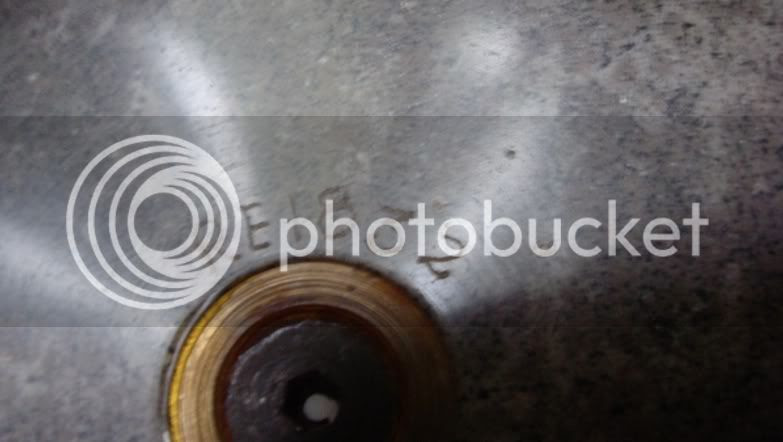 The owner of the curling supply store in Madison, Wisconsin included a handwritten note as well as an article about the rock with which the gold medal was won by Great Britain at the 2002 Salt Lake City games.

"After the British Olympic Committee purchased this [the winning rock] and the seven other yellow handle stones they used, we were able to purchase the other 8 stones used in the game from the Salt Lake Olympic Committee.

This stone is very special -- enjoy!"

And it was at this point that I realized just how special. This wasn't just a "rock used in competition" during the 2002 Olympics. This one was used in play by the Swiss team competing against Great Britain for the GOLD MEDAL! And it has a very legendary sister residing in the Scottish Hall of Fame -- Yellow C4, serial number 1829 -- which secured Britain's first-ever Olympic gold in curling.

Later this afternoon, I can settle in on the sofa to watch some Olympic curling, and occasionally glance down at my own rock. Sweet. 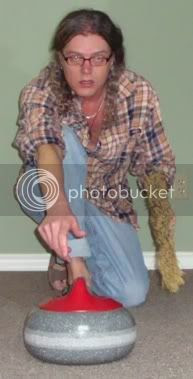