The measure, attached to an essential military-spending bill, broadens the definition of federal hate crimes to include those committed because of a victim’s gender or gender identity, or sexual orientation. It gives victims the same federal safeguards already afforded to people who are victims of violent crimes because of their race, color, religion or national origin.

Nevertheless, the vote was noteworthy in that our Texas senators, for once, didn't shame me, even though they were voting FOR a military-spending bill.

Senator Feingold gets my applause for looking at the bigger picture.

The only Democrat to oppose it was Senator Russ Feingold of Wisconsin, who said he could not vote for the current bill “because it does nothing to bring our open-ended and disproportionate military commitment in Afghanistan to an end and/or to ensure that our troops are safely and expeditiously redeployed from Iraq.”

As happy as I am that we finally have this legislation headed to Obama's desk, it sure would have been nice to see this pass on its own, rather than being attached to a hawk bill, but I'll take it.

Senator Jim DeMint, Republican of South Carolina, said he agreed that hate crimes were terrible. “That’s why they are already illegal,” Mr. DeMint said, asserting that the new law was a dangerous, even “Orwellian” step toward “thought crime.”

Bullshit. Whenever there is a murder, there is an investigation into the motivation. Senator DeMint can blow that "thought crime" crap out his ass. 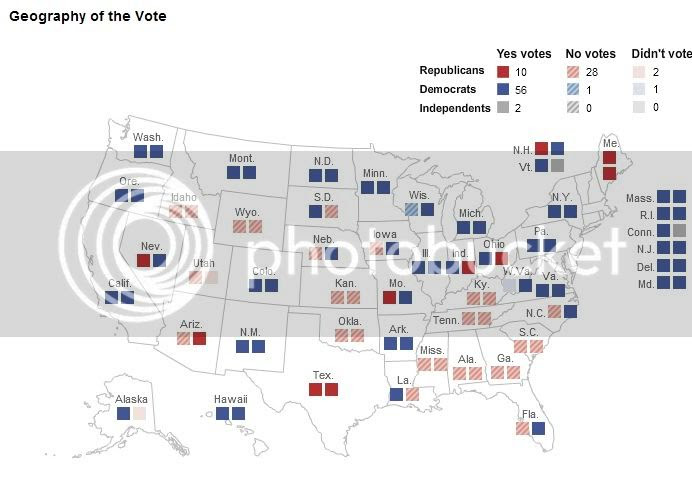