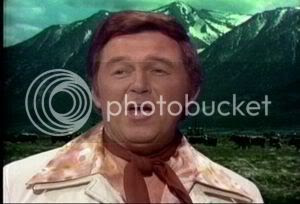 Joe Feeney has come up in conversation several times recently. And I mentioned him in a recent blog post and in comments elsewhere. Lawrence Welk and his orchestra came through Little Rock when I was a child about 7 and my parents hauled me off to seem them perform.

I got his autograph either at the show or at a restaurant after the show -- I can't remember exactly. But a number of the band members were at the restaurant where we had dinner and Joe was one of them.
Post Author: Friðvin at 8:33 AM