Packin' Heat For Jesus (and the Bartender)

Ken Pagano, the pastor of the New Bethel Church in Louisville, is staging a "celebration of our rights as Americans" by encouraging his congregation to bring along the kids bring a hot dish for the potluck supper carry their firearms into the sanctuary. I kid you not.

“God and guns were part of the foundation of this country,” Mr. Pagano, 49, said Wednesday in the small brick Assembly of God church, where a large wooden cross hung over the altar and two American flags jutted from side walls. “I don’t see any contradiction in this. Not every Christian denomination is pacifist.”

And I'm a hardcore vegetarian except when I chow down on some veal.

Things are getting crazy out there and we need a reality check. Unfortunately, reality is not to be embraced by this group who see conspiracy in everything. Obama made me do it:

One worry was that a Democratic president and Congress would reinstitute the assault-weapons ban, which expired in 2004.

But there is little support for the ban. Mr. Obama and his party have largely ignored gun-control issues, and the president even signed a measure that will allow firearms in national parks.

Still, the fear remains that Mr. Obama, and his attorney general, Eric H. Holder Jr., will crack down on guns sooner or later. That — along with the faltering economy, which gun sellers say has spurred purchases for self-defense — has fueled a record surge in gun sales.

The National Rifle Association says its membership is up 30 percent since November. And several states have recently passed laws allowing gun owners to carry firearms in more places — bars, restaurants, cars and parks.

“We have a very active agenda in all 50 states,” said Chris W. Cox, legislative director of the N.R.A., widely considered the country’s most powerful lobby. “We have right-to-carry laws in over 40 states; 20 years ago, it was in just six.”

Of the 40 states with right-to-carry laws, 20 allow guns in churches.

This is not a healthy trend.

The New York Times addresses a related issue in an editorial today.

...Tennessee, where the Legislature just overrode the governor’s veto and rescinded a law barring patrons from carrying handguns in bars and restaurants.

Just what America needs during times of economic strife, layoffs, and the related stress: drunks running around with guns! Another case has been made for drinking at home.

Not all is lost though; at least the Texas legislature, surprisingly, enacted a ban on the mentally ill buying weapons. But this leaves me wondering something rather important: define mentally ill. 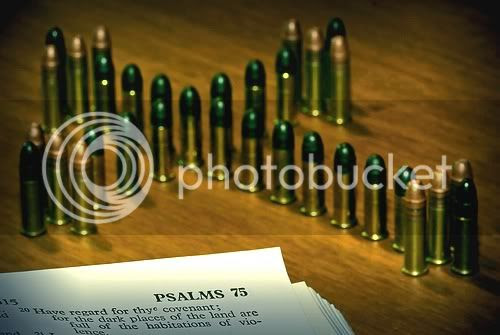 Crossposted at Big Brass Blog
Post Author: Friðvin at 7:20 AM