Sex Pole: How Often Do You Think About It?

Already. As soon as I typed the words "sex" and "pole" I was all over it.

That was a typo. Should be Sex POLL. See? I'm incorrigible.

Yesterday I took some Facebook quiz -- can't even remember the subject matter -- but one of the questions was "how often do you think about sex?" and I was shocked at the multiple choice answers. I swear one of them was ZERO. Or maybe zero to one. The highest option was six or more! Really? Just six or more? Like eight or nine?

If I'm around a group of gay guys I think about sex. Not because I want them necessarily (9 times out of 10 they are not my type), but I know we share a common interest: the love of dick. So how can I be expected to block that thought from my mind?

If I'm around a group of straight women I think about sex. Not because I'm attracted to women, but we share that common interest again.

Being in the company of lesbians makes me think about sex because I can't help but be relieved that we aren't in competition for the dick.

If I'm with a group of straight guys, I'm probably least likely to think about sex... unless one or more of them happens to be hot as hell. And then you can bet I'll be thinking about it. Fantasies are healthy. Dude, if only you liked dudes!

You would think a visit to the doctor would take my mind off sex. But the last time I had a physical I thought about nothing but sex. The doctor was hot and he stuck his finger up my ass. I'm supposed to NOT think about sex in that situation?

Certain pictures make me think about sex. I run across this one from time to time and it is most definitely a trigger. 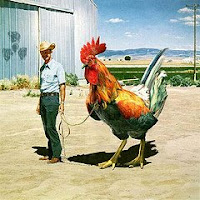 Some road signs even make me think of sex.

We have wild mushrooms that spring up in the yard at certain times of the year and those get me pumped up for sex. 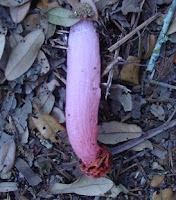 During every New Year celebration you can bet your tight ass I'm going to see a display that makes me want to experiment with something new and fun.

I can't even go out and do any gardening and getting in touch with nature without thinking about sex.

It's a bit of a wee little fella though. I could travel the world in an effort to escape this curse, and I'd be thinking about sex in a souvenir shop. 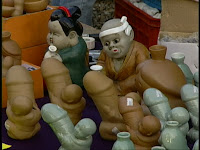 Museums most definitely cause me to think about sex, and oh Lordy, how I wish I could touch the sculpture. Or sit on it. There's almost a thrill a day there for every day in February. How creative. 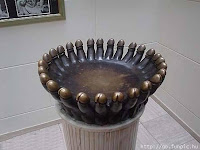 And despite the fact that I work in advertising, even advertising makes my private parts tingle. Want some cream with that coffee?

Soap on a Rope reminds me of the open communal showers in the college dorm, and we know what I was thinking then, don't we?

(Whewww, I can smell that shit from here!)


Even reading the name David Duchovny in print makes me want to go shopping for sausage. Music provides no respite either.

Reading this blog post makes me want to shag. Hell, I was thinking about sex when I came up with the idea!

So, back to the question, how many times a day do you think about sex? And be honest; I won't respect you in the morning if you lie.

I'll check back in later... we're having veggie burgers with fries tonight. So I need to go wash some potatoes. 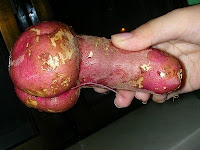