I've had this sitting in my to-do file for so long I can't even remember where it came from. My brother sends me tons of stuff and it probably came from him, as did the rest of the items in this post. 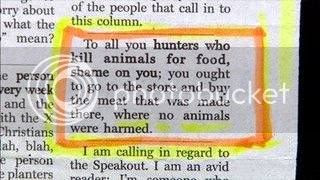 He also sent me a picture of a scout troop in my hometown from 1962. Not sure what they were doing in this shot with the fire truck and holding on to the hose. 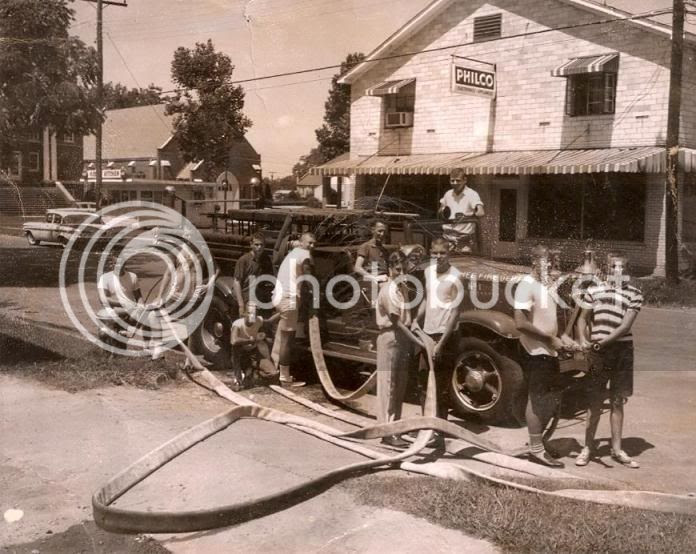 Naturally, the keen eye of konagod zeroed in on some other possible hose-grabbing action. 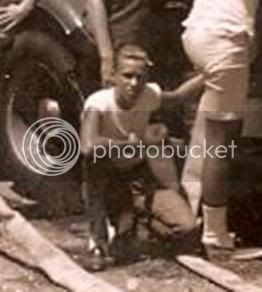 I hope that was enjoyable for both of them.

And FYI, just because everyone in this picture was Caucasian, that doesn't mean I lived in an all-white town. Quite the contrary; it was probably close to 50% black. That says a lot about the Boy Scouts of 1962 does it not? And today we have a black president. And some of those folks in the photograph are probably not too happy about that fact.

I don't know how you feel about jury duty. I hate getting called for it with a passion. The last time I was called for a jury selection process I tried pretty damn hard to make myself as unappealing as possible, and it worked. But I didn't go to this extreme... 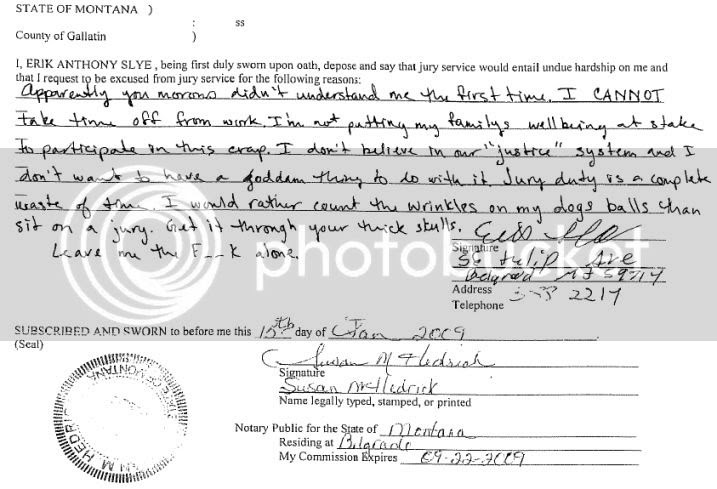 I wonder if that worked? I don't have a dog but I'd rather count the hairs on my cat's balls than serve on a jury.
Post Author: Friðvin at 6:50 PM