With txrad being gone for a week, I'm having to be on my own again with meal preparation. And I would prefer to avoid the frozen entree route, or getting take-out, as much as possible. This is difficult when you work all day and then have to go out to the store after work for ingredients.

We got a recipe from Food Network way back around 2003 or 2004 which was whipped up by Sara Moulton on her show. It's an easy casserole, and doesn't exactly constitute "cooking" since all you do is dump a bunch of things into a bowl to make a sauce and then layer it between cheese, chips and sour cream, and then bake it.

We lived on this once or twice a week for several years until we burned out and moved on to something else.

I decided to go back to this recipe tonight and cut it in half so that it's a meal for one with leftovers for one... that will be Friday's lunch.

You know how sometimes when you cut a recipe in half, it completely changes the texture, flavor, and whatever, and turns out to be a shit meal? That was my concern when I got this thing assembled.

It appeared that I had gone too heavy on the layer of tortilla chips and too light on the tomato sauce. So in the end, before going in the oven, I poured some Stubb's BBQ sauce over the top....something we had never done in the past.

I sliced up an avocado to accompany this casserole, except you can't really save leftover avocado very easily, so I ate the whole thing. I guess it was pretty good and exceeded my early expectations. 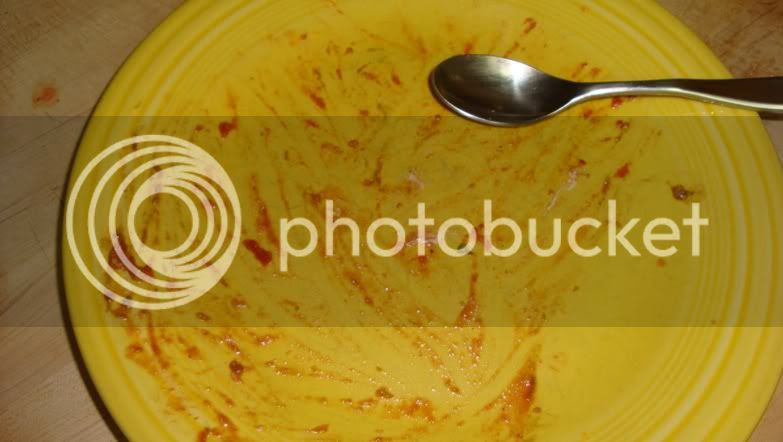