When Babies Grow Up

Life is full of surprises. My favorites are when you learn something rather special about someone you knew long ago...just one of those simple "oh, wow!" moments.

Yesterday I was chatting with a friend on Facebook about the school we attended in the early 70s. I dug out some old photos from the era and sent them to her. She then relayed an interesting tidbit.

The woman you see pictured below on the left was one of my teachers in junior high. I took that picture of her in May of 1974. Two years earlier she had given birth to the woman on the right. 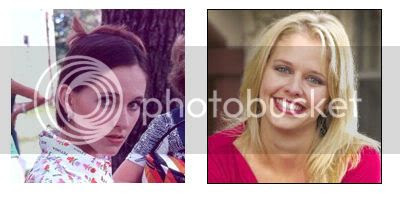 The daughter's name is Laura Day, and it seems she went on to make quite a life for herself, including a national television debut as a designer on Trading Spaces.

Laura's journey from Southeast Arkansas to Manhattan has been filled with interesting twists and turns. She was born on August 28, 1972 in Pine Bluff, Arkansas and was raised in nearby Dumas (farm country of the Arkansas Delta), later moving to Little Rock. Growing up, she rode horses and spent most of her time outdoors. Laura has traveled extensively through Europe and Asia and lived in many U.S cities like San Francisco, New Orleans, Martha's Vineyard and, of course, New York City. You'll find traces of the places she loves in her colorful and unusual takes on design.

By the way, that triangular arm you see on the left happens to be attached to my mother.
Post Author: Friðvin at 11:02 AM