On This Day (and a glimpse into konagod's early personal life)

Jon Bon Jovi is 45
Is he ever going to start looking like...old?
This clip is hilarious (especially after a few shots of tequila)


Dale Bozzio is 52
Call me shallow, but the Missing Persons CD is one I'd haul off to the proverbial desert island. Brilliant for the era, and has withstood the test of time. Terry Bozzio, the band's drummer and Dale's ex-husband is phenomenal as a drummer. IMHO.


Dr Seuss was born on this day in 1904
These photos I just took of a Dr. Seuss book I had when I was probably 4 years old. If you'll look closely you'll see I was somewhat obsessed with anatomy, or pornography, depending on your political persuasion. I drew tits on everyone regardless of gender, and I drew very long dicks on everyone regardless of gender. This isn't the only book I own where there is evidence of this obsession. Strange. Later, probably when I was 6 or 7 and learned the value of an eraser, I can see where I tried to go back and destroy the evidence. Too late. Now the entire world knows. Or at least the few dozen people who read this blog. 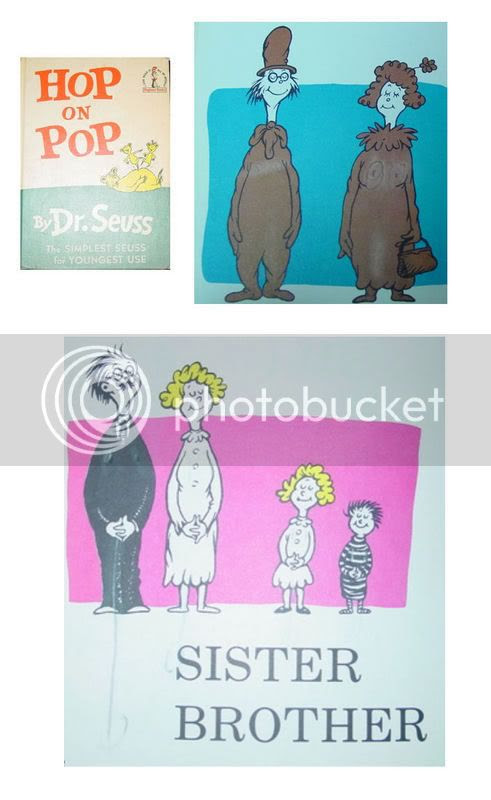 Hop on Pop. Yeah..... Sister and Brother seem to have been spared my destructive path. At least on THIS page.
Post Author: Friðvin at 7:10 PM