I do believe we might get lucky this year and have a reasonable crop of good tomatoes, unlike the previous two or three years when we hardly had any.

These Lemon Boy -- so named because they are yellow when ripe -- are looking quite nice. Txrad just picked one of them so we'll probably taste it tomorrow. I swear I saw so many tomatoes on the vines I am actually excited and optimistic this year. 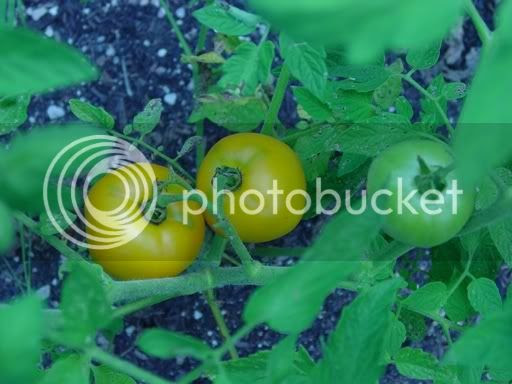 Here is a Sun Bell peppper (or "capsicum" if I may quote my pal over in Holland) which txrad also just picked. It's leaning against the beer I'm currently drinking so you can see the size. The tequila I'm currently drinking is in the background. (Hey, the new White Stripes CD came out today so it's a Jack White & Meg White celebration at the Kona Ranch!) 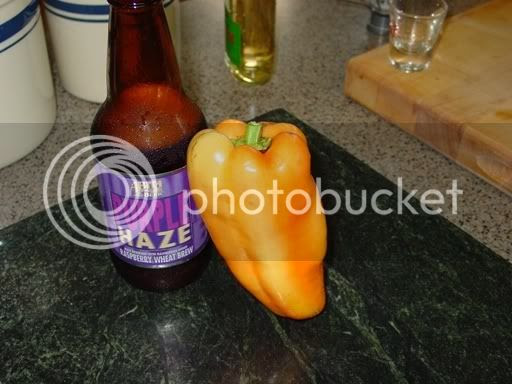 We are also about to have a great crop of habenero chilies. This Capsicum chinense Jacquin has more Scoville units than most mortals can tolerate. 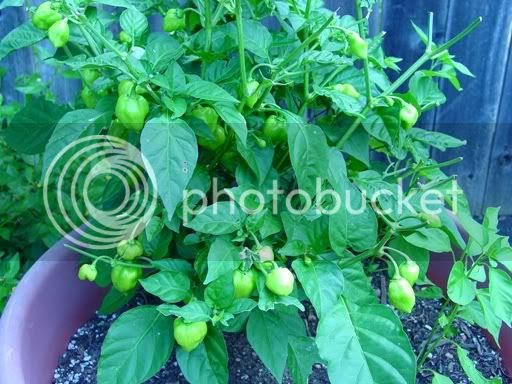 This is a true story. This plant stayed in our garage all winter. Although txrad watered it occasionally, it was only stems, no leaves, when we pulled it outside earlier this spring. I had no idea it would not only recover, but become such a prolific producer of heat-filled love pods.

txrad pointed out to me that some of our neighborhood deer have been munching on the leaves. You can see a couple of branch stubs with no leaves.
Post Author: Friðvin at 7:07 PM

Email ThisBlogThis!Share to TwitterShare to FacebookShare to Pinterest
Labels: Gardening