Thanks to Rebecca for sending in another cat/dog blogging entry this week since I'm too tired after an exhausting week to do my own pussies. 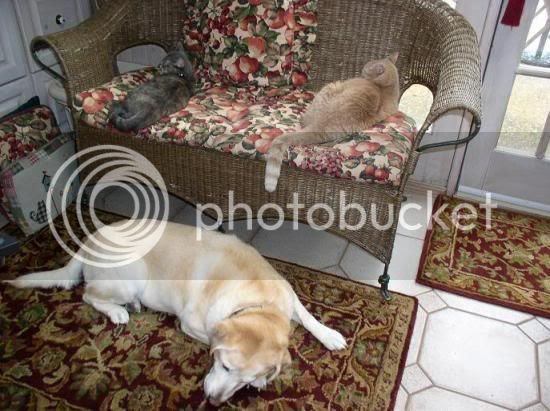 OK. I'll do one or two. There was also an interesting article in the New York Times today about the evolution of pussy.

Some 10,000 years ago, somewhere in the Near East, an audacious wildcat crept into one of the crude villages of early human settlers, the first to domesticate wheat and barley. There she felt safe from her many predators in the region, such as hyenas and larger cats.

Some TWO years ago, somewhere in central Texas, an audacious wildcat crept into my home as well. And it ain't the first time it's happened. He has been named Tater Tot. My God, as much attention as he gets on this blog, you'd think he was my favorite or something. 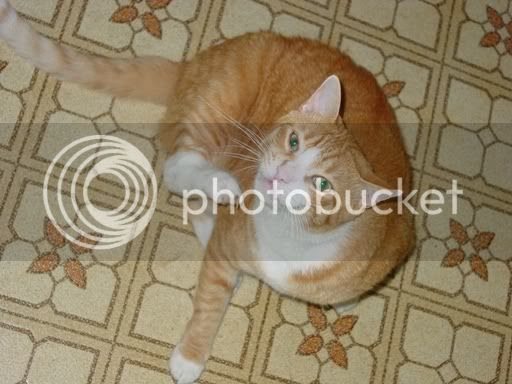 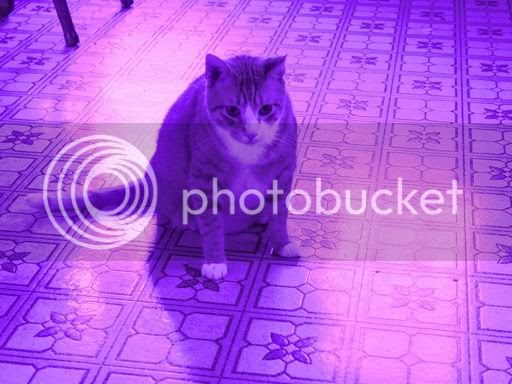