I just heard txrad say, "there's a bunch of cops outside our house." Well, they are on the street, and there's three FOUR of them with lights flashing. We live in a rather rural quiet neighborhood so this is unusual. But I'm not about to go outside to see what's going on. I'll just be glad when they wrap up whatever it is they are doing and move on along.

I didn't threaten Bush or anything on a blog while intoxicated, did I? Oh no, our house would be surrounded by black Suburbans in that case. They seem to have pulled someone over but came in from two directions in order to trap the person. Too bad I don't have a police scanner.

OK, they've been here now for at least an hour. How long does it take to arrest a dude? Huh? 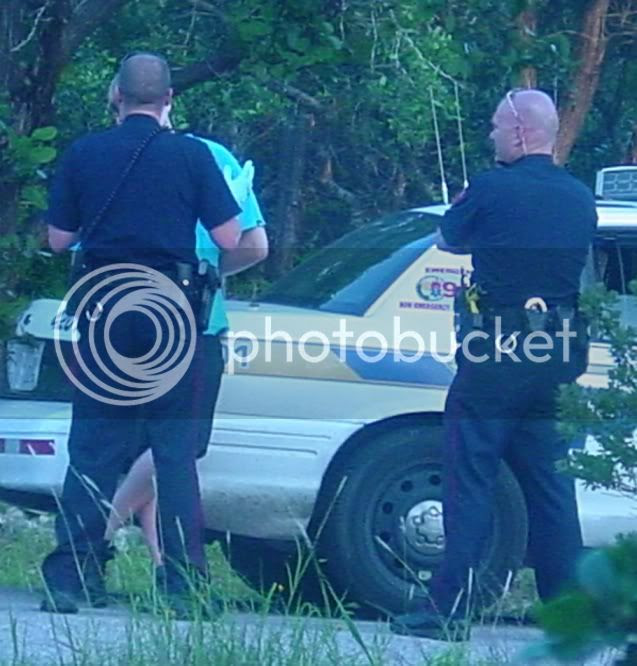 Notice the posture of the donut-eater with the shaved head. We seem to have a problem. The victim's girlfriend is sitting on the hood of her car with her head bowed in disgrace. Either you have a cause to haul the guy in or get the fuck out of our front yard. At least one of the cops is from the city of Austin, and they have no jurisdiction here. We aren't in the city limits. 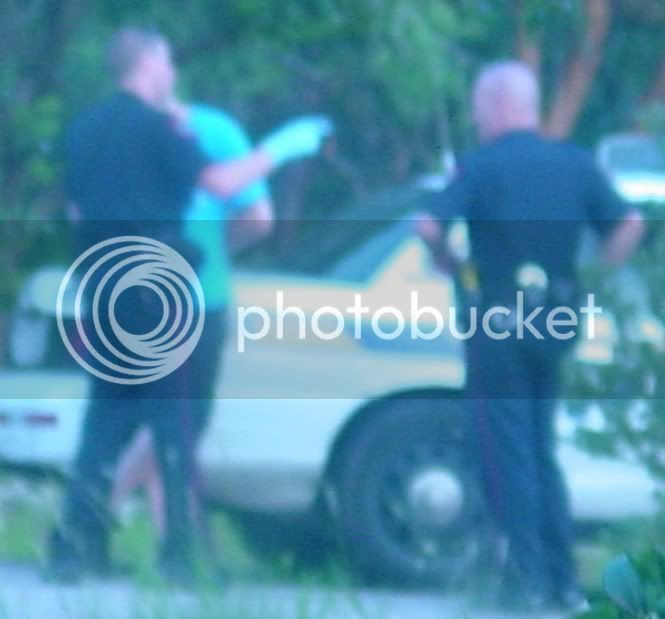 And what the fuck is the purpose of the blue gloves? Aside from the color matching the victim's shirt.

Just get the hell out of my space. You're causing bad vibes. This is probably something drug related, we suspect.

We think the cops are out of control and if they had a legitimate case against this guy he'd already be hauled downtown to the chapel of love. They are obviously trying to harass and coerce something. Just our opinion.

Email ThisBlogThis!Share to TwitterShare to FacebookShare to Pinterest
Labels: Police