Yep, I should get some traffic coming to my site with that post title. Of course they'll leave immediately, but that's OK.

As promised last week, I said I was going to feature the outside boys today and here they are. Tiger has had massive amounts of matted fur and finally txrad went out this week with a razor and shaved off the "hair handle." Tiger has done quite a job of pulling out chunks of hair on his own as well so he's not very attractive right now. That's why I'm just doing a face shot to avoid embarrassment. 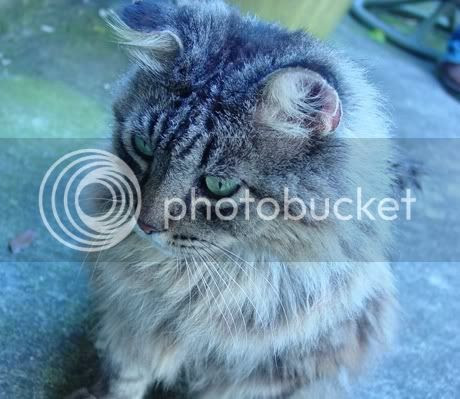 Sweet Pea is such a lovey boy. He'll come my way if I just call his name or snap my fingers. He's such a sensitive and loving kitty, but prone to be picked on by other kitties because he's such a pacifist like his daddy. I refer to him as a black cat but his fur is actually an exquisite chocolate with even some orange tones when viewed in sunlight. We have intimate conversations from time to time. He's quite chatty. 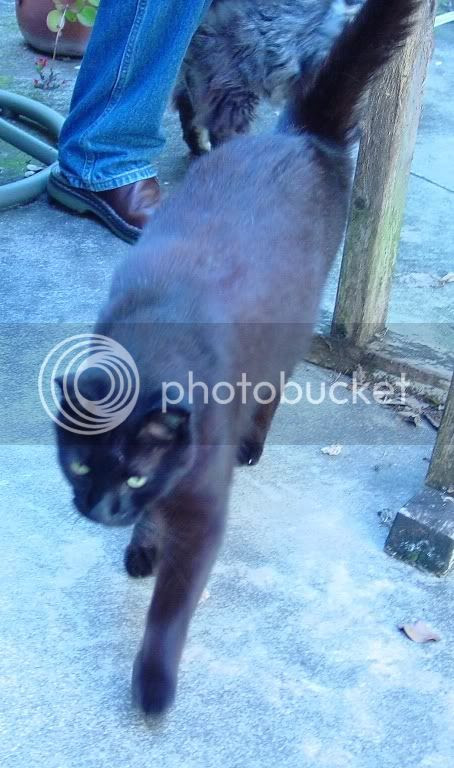 Now that the Friday Pussy Blog has been taken care of for another week, let's get on with le weekend. We're having our favorite goat juice. I love my goat! Scary shit! Demons they are! 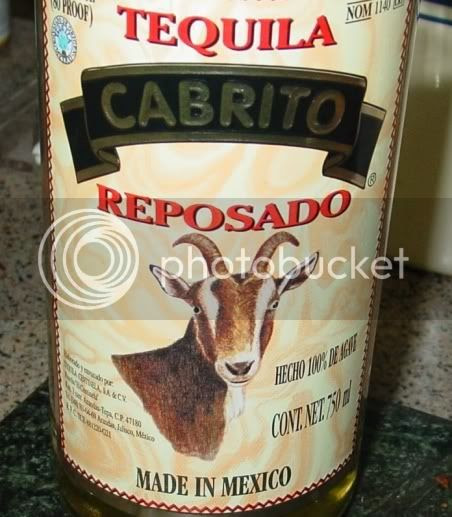