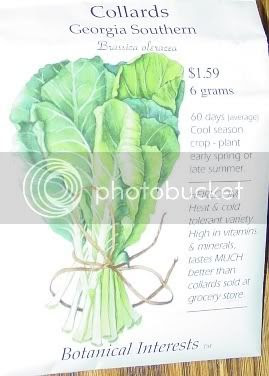 I suspended my Monday Garden Blog during much of the summer since there hasn't been much garden activity since late June or early July. txrad decided he'd go clear the grass and weeds from one of the beds Sunday morning. In the afternoon he decided he'd plant a row or two of collards for me. Sweet boy. I have to force him to eat them. I'll never understand why anyone doesn't think they are a gift from the gods, when picked at the right time and cooked in the correct way. txrad keeps a gardening diary and he noticed last year he planted collards on October 13.

These will be suitable for eating after the first frost which for us will probably be late November or early December, and we'll continue to enjoy them well into early spring. Just before they produce blossoms and seeds, I'll have a marathon picking, blanching and freezing session. After they go to seed, the taste goes to hell.

After he cleared the bed of weeds, he noticed there’s still a chili pepper plant producing, and even some green tomatoes on the vine just to the right of his leg. I’d love to pick those ripe. We’ve never had tomatoes much past July 1st. 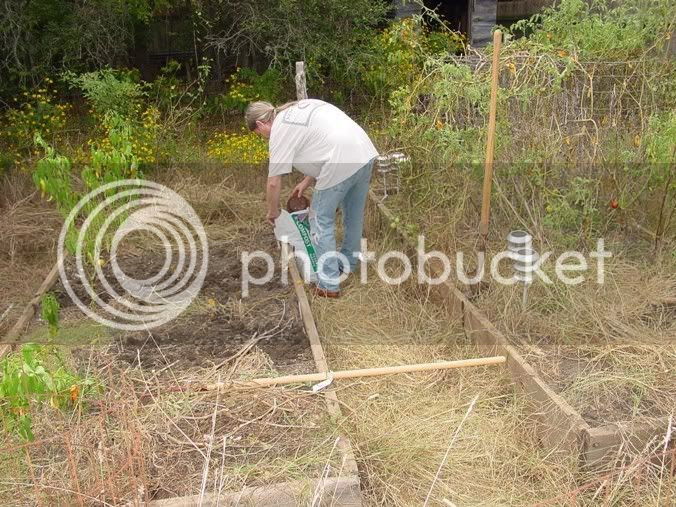 Awhile back, I posted about how I hadn’t mowed the yard all year and as a result I expected to have a beautiful wild sunflower display in October. I am not disappointed. 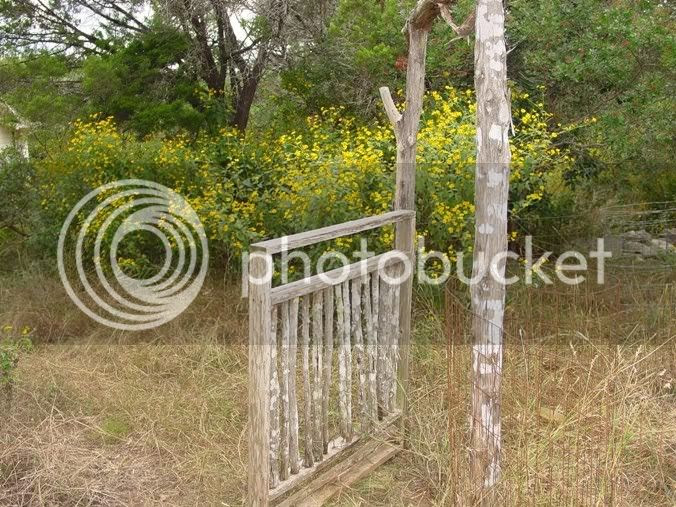 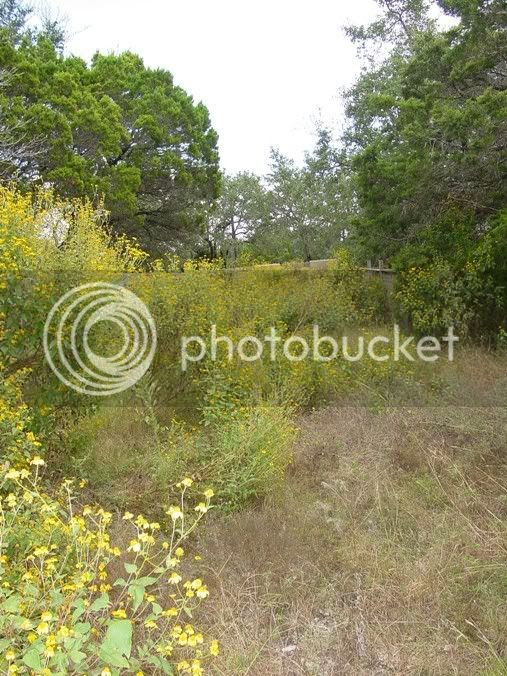 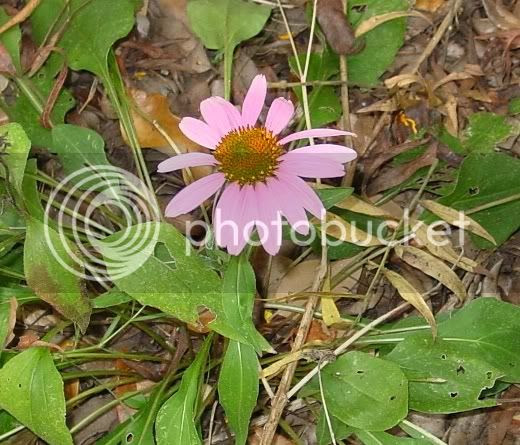