While watching Keith Olbermann tonight I had a revelation. The Republican Party has a surprise in store for the 2012 elections. Forget Huckabee, forget Romney. Texas Governor Rick "Goodhair" Perry appears to be positioning himself as well as Alaska Governor Sarah Palin (literally and figuratively at the Republican Governors meeting in Miami) as the surprise "leader" for the next (s)election cycle. 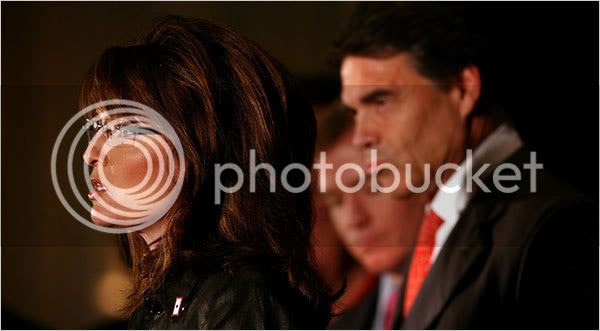 The big question is, who will be down ticket? My guess is: Palin.

Perry seems to have a handle on things.

No, dear Google, I didn't. British poets will be covered in a later post.
Post Author: Friðvin at 7:42 PM