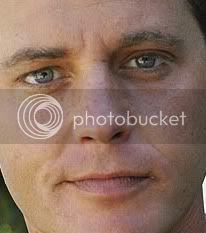 And I thought my problems were bad.

"I was working on Lost Boys when I smoked my first joint," he told the British tabloid.

"I did cocaine for about a year and a half, then it led to crack," he said.

Haim said he went into rehabilitation and was put on prescription drugs. He took both stimulants and sedatives such as Valium.

"I started on the downers which were a hell of a lot better than the uppers because I was a nervous wreck," he said. "But one led to two, two led to four, four led to eight, until at the end it was about 85 a day."