I'm starting to feel like Ellie Mae Clampett with all my critters lately. 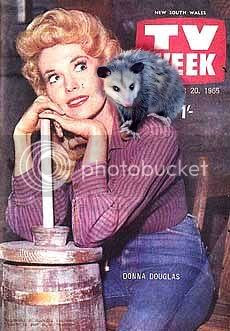 This critter has been hanging around off and on this week (mostly on), and isn't very shy either. He knows what he wants and no two-legged human is going come between him and a free meal. However, he does approach the bowl slowly, as if this dumb human isn't going to notice that he's 3 inches closer to the food bowl than he was when I turned my head to look away for a second. 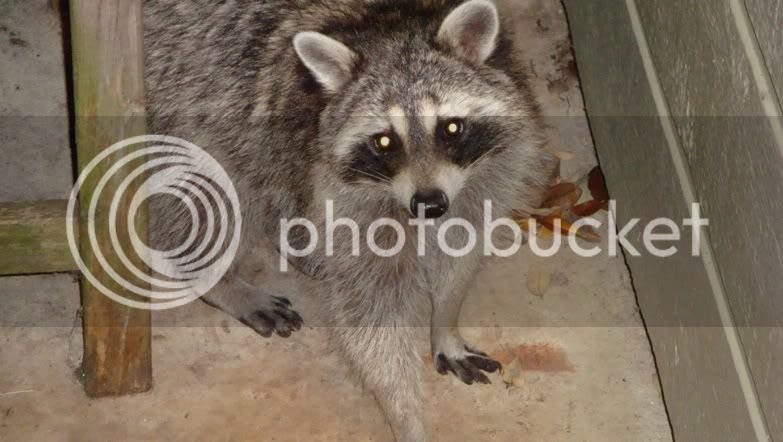 I kan haz kat fud, pleze?
It's a thin line (and one consonant) separating a pest from a pet! But I'm not going to encourage this.

When fed with cat food over a long time period, raccoons can develop gout.

Raccoons without a fear of humans are a concern to those who attribute this trait to rabies, but scientists point out that this behavior is much more likely to be a behavioral adjustment to living in habitats with regular contact to humans for many generations.

With their broad auditory range, they can perceive tones up to 50–85 kHz as well as quiet noises like those produced by earthworms underground.

Email ThisBlogThis!Share to TwitterShare to FacebookShare to Pinterest
Labels: Wildlife