I'd been emailing back and forth with Petulant for the past week about various and sundry things such as how to take an herbal bath without burning your testicles with eucalyptus oil, and so forth. You know, the usual mantalk. Gardening and farmer's markets came up in the email exchange as well after I was so pleased to learn back in July that the three of us share a passion for gardening. We had quite the comment exchange on that post and most of you remember how that ended, and why. There's no escape from simultaneous humor and drama when dealing with Petulant!

He mentioned that he was going to send some samples of his kitchen labors over to the kona ranch this week. I suggested he address it to txrad who celebrated his 48th birthday yesterday and it would be a nice surprise for him to open something, particularly since it ended up being the only thing he got to open for his big day! (Bad kona!)

Anyhow, txrad went out to fetch the mail and came in with a priority mail package while mumbling something about a town in North Carolina -- obviously having no clue what it could be, or from whom. But his biggest concern was the very wet corner of the box. Uh oh. "I hope this is nothing toxic," he said. I wanted to laugh but I was too stressed out wondering if everything in the box had broken.

I knew what was being shipped and it involved some glass jars! In the end, there was only one very messy mishap involving what had been a jar of very much-anticipated blackberry jelly which would have been mine, all mine.

The red & green salsas survived though! And beautiful they are! 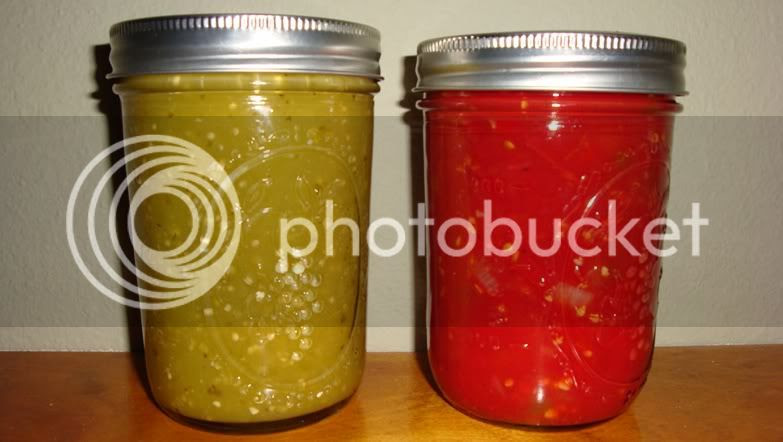 Also included was a bag of dried tomatoes which we will put to use starting this week. Positively mouth-watering! 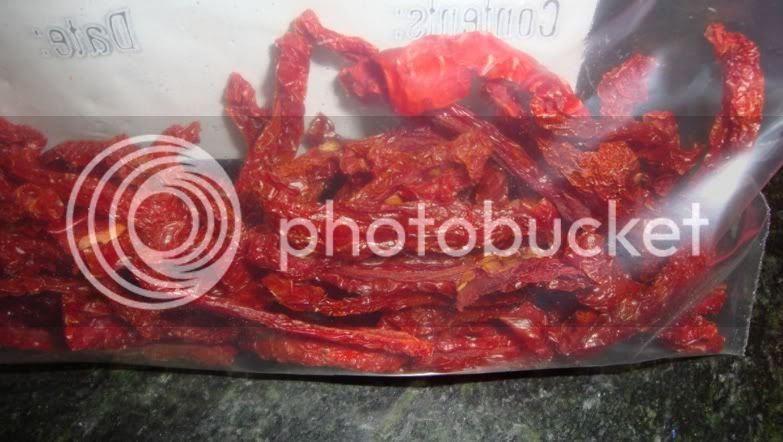 Never did I imagine 3 1/2 years ago that starting a blog and getting to know bloggers could result in such fun!
Post Author: Friðvin at 5:55 PM