I fucking HATE having to walk into an Aveda store in a mall. I don't even like malls. I hate them. And I HATE Aveda stores. And here's why:

Such is not possible at your local neighborhood Simon Properties megafuckingmall.

I was promptly greeted by an ironclad bitch from the depths of hell.

I can't remember her phrase or phrasing, but her attitude was, you don't belong in here now go away.

Bitch. Listen to me. This is why I shop at the Wildflower Salon. They have a similar approach but it's not quite so garish.

I told her I was befuddled and could not remember the name of the product I had come to purchase. This is not an unusual konagod trait, I tend to get befuddled in social situations in FUCKING MEGAMALLS.

Then she got rather condescending on my ass. She said roughly (I'm paraphrasing), "Well, perhaps if you could tell me the type of product you're looking for, I could help you find it."

God damn yes I'm paraphrasing, because the bitch was rubbing me raw with her choice of words and tone.

I struggled to find the words "shampoo" and "conditioner" as txrad simultaneously found my Sap Moss product. Thank God.

Things never did really improve. That gal was just an obnoxious cunt from start to finish.

I already spent over $100 and we asked about the Elixir. It's been discontinued but she still had a small stash in the back. I got one bottle.

We left after I had to show my ID for my purchase and had a slight miscommunication about their buyer incentive program (translation: we screw you; you think you got something, and you did: a good screwin'.)

A short time later we passed by this Beverly Hills-esque boutique from the bowels of SATAN himself, and decided to re-enter. After all, that damn ELIXIR has been discontinued and no replacements of any adequate performance have proven effective, I decided I'd buy two more bottles. They were only $9 and some change.

The bitch did not look happy to see us return to spend more money. Her sidekick associate has the opposite reaction but never opened her mouth on either visit. That's my kind of sales associate. But alas, we were not so lucky.

I announced that I'd like another two bottles of Elixir to the... "sales person" who let out a sigh and trudged to the back room again for two more bottles.

I spent another $19 and something. That bitch acted like she had to work for the transaction.

What is it about living in 2007 that I don't understand? Have these people never had difficulty? Perhaps I should have confessed. 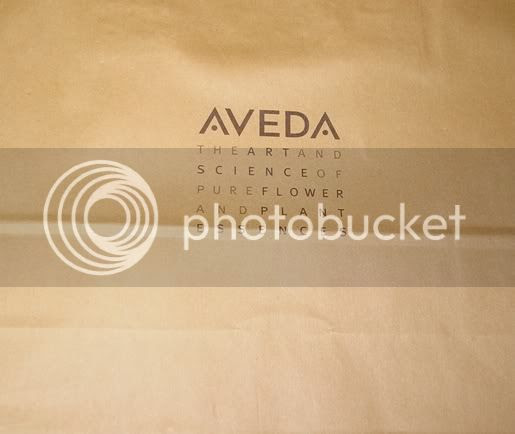 AVEDA: The Art and Science of Pissing Off a Konagod and Making Him Rant Like the Fires of Hell Were Burning His Ass Hairs.
Post Author: Friðvin at 8:40 PM