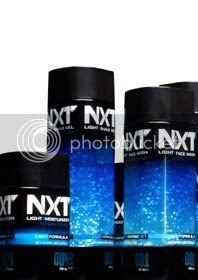 Has the world gone fucking insane or is it just me? I need to know.

There are plenty of things in the news which would upset the average person but sometimes it's the little things that push me right over the edge.

The product, called NXT, is sold in an arresting triangular container that lights up from the bottom, illuminating air bubbles suspended in the clear gel. The plastic is tinted blue, and when the AAA batteries in its base are lighted, the whole thing looks like a miniature lava lamp or a tiny fishless aquarium.

The novelty of the light-up container worked, and NXT’s shaving gel — as well as its after-shave and face wash, similarly packaged — will hit the shelves at Target this month. It will also arrive at other retailers like Wal-Mart, CVS, Duane Reade, Winn-Dixie and Fred Meyer.

To call attention to themselves, the products, which are aimed at 18- to 24-year-old men, will glow on the shelves, inviting customers to pick them up. Every 15 seconds, a light-emitting diode (LED) in the bottom of the container flares on, stays lighted for a few seconds, then fades out.

I'm sorry but when did we as a society evolve to a point where we need to be attracted to temporary disposable products, not because of their quality or functionality, but because the packaging appeals to our high-tech lifestyles? We have our Xboxes and our iPods but that's not enough. Now our shaving cream needs to entertain us as well.

“The packaging was more advanced than anything we’d seen before,” Andrea Harrison, category manager for men’s shaving at CVS, wrote in an e-mail response to questions. Ms. Harrison, describing NXT as having an “almost nightclub-friendly appearance,” said that at CVS, “we consider whether a product in a given package can have impact on our shelf, and this was potentially an impact on a new level.”

A "nightclub-friendly" appearance? What the hell? It's SHAVING CREAM! And it needs two or three AAA batteries! I don't know how long the typical container of shaving cream lasts before needing to be replaced, but this is one more unnecessary electronic gadget destined for landfills across America. Then if you like the product, repeat. Save the batteries - hopefully they can be removed and used in your TV remote or something.

Jesus H. Christ, I can hardly wait to see what the brilliant creative geniuses will create next for marketing to people who apparently have never been exposed to anything resembling a clue.

I just have one additional thing to say: Dr. Bronner's Magic Soap. You can wash your hands with it and it lathers up nicely for shaving. It doesn't glow in the dark or require batteries. Hey, it's not flashy but it gets the job done quite economically. And it's organic and natural. That's magic.

By the way, NXT is manufactured in China. I guess I didn't need to say that.
Post Author: Friðvin at 10:26 AM