"The Mother of All IOUs"

I found one answer to the question asked in my last post title below. 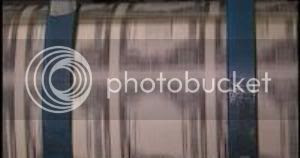 The money is literally created from thin air by authorization and subsequently lent to institutions, individuals, foreign governments and others for what basically boils down to the mother of all IOUs. 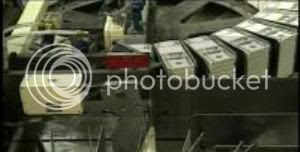 Exactly. We just need a few trillion of these.

In February 1981, Ronald Reagan - the President who started us on the deregulatory path that has generated the greatest upward transfer of wealth since Congress deeded a tenth of U.S. land over to the railroad barons 140 years ago - had this to say about a trillion-dollar national debt:

I've been trying ... to think of a way to illustrate how big a trillion is. The best that I could come up with is that if you had a stack of $1000 bills in your hand only four inches high you would be a millionaire. A trillion dollars would be a stack of $1000-dollar bills 67 miles high.

Like much of what Reagan said, this wasn't true. If you could balance a trillion-dollar stack of $1000 bills, it would actually rise to just over 63 miles. But Reagan's speechwriter was bad at more than arithmetic. His image failed because few Americans had ever seen a $1000 bill. Calculating with the currency we are most familiar with - the $20 that ATMs spit out - the stack would have been 3150 miles high when Reagan delivered that speech. By the time he left office and was transformed into a Republican icon, the national debt had nearly tripled from the $993 billion owed when he arrived to $2.6 trillion. The twenties would have soared 8190 miles high.

Compared with the current White House occupant, however, Reagan was thrifty. Mister Bush has already added $4 trillion to the debt, 12,600 miles tacked onto the imaginary stack, putting it at 30,240 miles, with 119 days yet to go in his term. And that's before adding another trillion dollars for the bailout.

Multiply this video by 4 and maybe 5. But then again it was 1966. We must adjust for inflation.

Email ThisBlogThis!Share to TwitterShare to FacebookShare to Pinterest
Labels: Economy, Financial, US