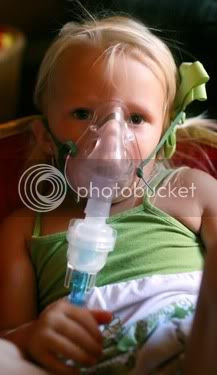 Meth labs in homes across the US are a big problem. And the health issues are not limited to the meth users. This story came as a bit of a surprise to me -- that toxic residue from meth labs in homes can linger for years, and have very negative consequences for new owners of the home.

Federal data on meth lab seizures suggest that there are tens of thousands of contaminated residences in the United States. The victims include low-income elderly people whose homes are surreptitiously used by relatives or in-laws to make meth, and landlords whose tenants leave them with a toxic mess.

Some states have tried to fix the problem by requiring cleanup and, at the time of sale, disclosure of the house’s history. But the high cost of cleaning — $5,000 to $100,000, depending on the size of the home, the stringency of the requirements and the degree of contamination — has left hundreds of properties vacant and quarantined, particularly in Western and Southern states afflicted with meth use.

“The meth lab home problem is only going to grow,” said Dawn Turner, who started a Web site, www.methlabhomes.com, after her son lost thousands of dollars when he bought a foreclosed home in Sweetwater, Tenn., that turned out to be contaminated.

Because cleanup costs are so high, many families have no option but to suffer or walk away.

Meth contamination can bring financial ruin to families like that of Francisca Rodriguez. The family dog began having seizures nine days after the Rodriguezes moved into their home in Grapevine, Tex., near Dallas, and their 6-year-old son developed a breathing problem similar to asthma, said Ms. Rodriguez, 35, a stay-at-home mother of three.

After learning from neighbors that the three-bedroom ranch-style home had been a known “drug house,” the family had it tested. The air ducts had meth levels more than 100 times higher than the most commonly cited limit beyond which cleanup is typically required.

The former owner had marked “no” on a disclosure form asking whether the house had ever been a meth lab, Ms. Rodriguez said. But because he is now in prison for meth possession, among other things, the Rodriguezes decided there was nothing to gain by suing him. They moved out, throwing away most of their possessions because they could not be cleaned, and are letting the house go into foreclosure.

“It makes you crazy,” Ms. Rodriguez said. “Our credit is ruined, we won’t be able to buy another house, somebody exposed my kids to meth, and my dog died.”

There was a 14% increase in the number of home-based meth labs discovered last year. This is clearly another housing crisis, and we have a mish-mash of inadequate state laws dealing with the matter, all of which are woefully inadequate.

About 20 states have passed laws requiring meth contamination cleanup, and they use widely varied standards. Virtually all the laws hold the property owner financially responsible; Colorado appears to be the only state that allots federal grant money to help innocent property owners faced with unexpected cleanup jobs.

This is not the American dream.
Post Author: Friðvin at 6:30 AM