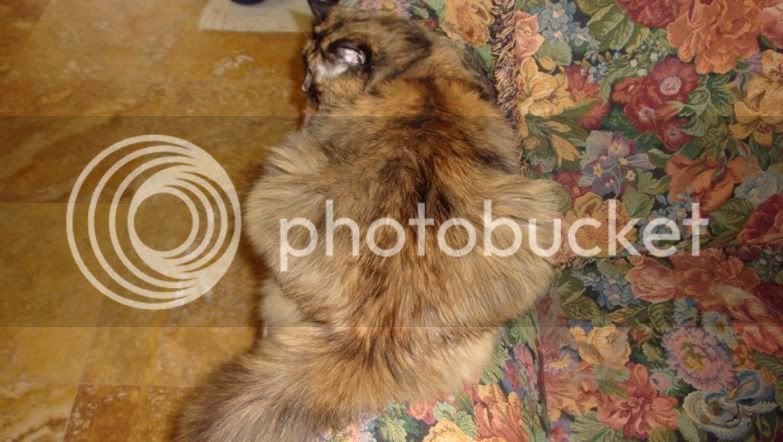 Sissy looking rather large and loafish on the sofa... waiting to be fed. The empty cat food bowls are directly behind the sofa. 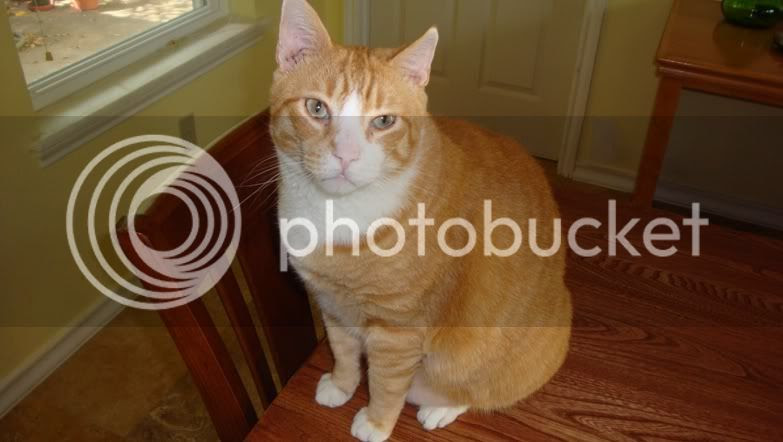 The Tot assumes a more high-profile position on the kitchen table. I have to walk past him to get the cat food so, again, he won't be unaware when I'm scooping. 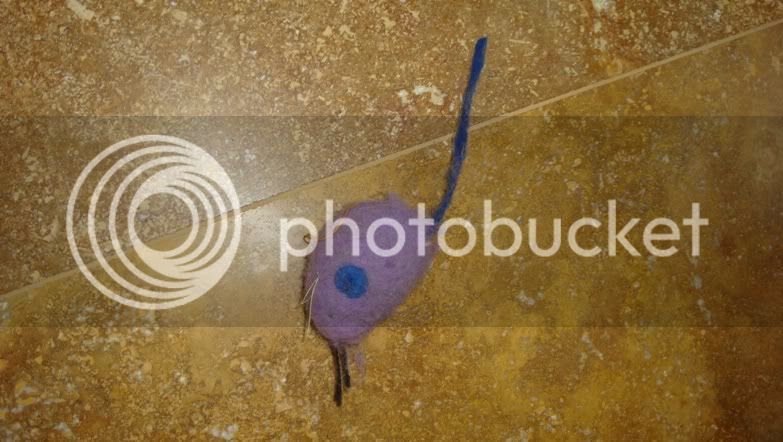 Witchay Woman brought him two mice stuffed with catnip (well, maybe one of them was for Sissy, but the Tot has claimed them both) and he tends to leave them in highly visible areas with plenty of foot traffic. I cringe each time I step on one because I think I've stepped in a pile of cat vomit.

Speaking of which, I did step in some at the beginning of the week, and not only was it on the bottom of my sandal, it was inside it as well. Not sure how that happened. It resulted in a haiku.