Tater Tot is reclining across the filing cabinets in the office this morning, enjoying his holiday off from work. 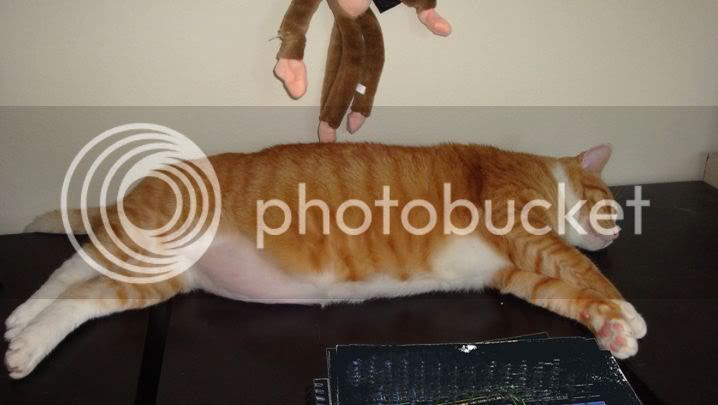 The ashes of First Cat Socks are now back at the Governor's Mansion in Little Rock, a fitting resting place, after a bout with cancer. 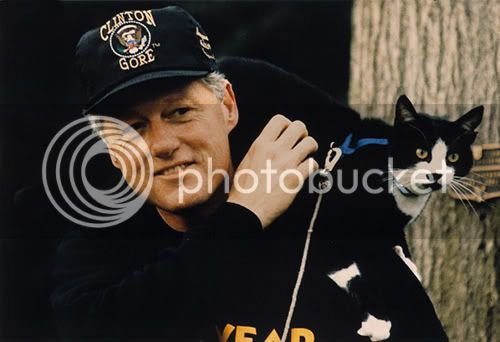 The one-time stray that adopted the Clintons while they were living at the mansion in 1991 and later moved with them to the White House when Bill Clinton was elected president, was euthanized Feb. 20 after suffering from cancer.

At the time, Socks was living in Maryland with Bettie Currie, Clinton’s former White House secretary.

In March, at Currie’s request, a portion of the cat’s ashes were returned to Arkansas and sprinkled in the flower garden on the west side of the Governor’s Mansion.

“When (the Clintons) lived at the mansion that’s where Socks hung out, on the back porch there,” Ron Maxwell, administrator of the mansion, said Thursday.

Maxwell said the ashes were scattered after a small ceremony attended by a few people, including Linda Dixon of the Clinton Presidential Library and first lady Ginger Beebe, who read a poem she wrote in honor the cat.

The small urn in which the ashes were contained was later taken to the Clinton Presidential Library.

Have a safe & happy holiday everyone!
Post Author: Friðvin at 9:35 AM