You Can Call Me Harvey

I just cancelled my Disqus account for konagod. For those of you who might not know, Disqus is a commenting system -- like Haloscan, but more powerful -- used by blogs although I've only seen it in use at Shakesville which is where I used it last night to have a discussion with Petulant in the comment thread on his post about gardening.

He had asked a week or so ago to have txrad send him the recipe for his lime bars which came up in the discussion last night. The comment exchange involved maybe four back and forth comments between us including one by me early this morning in which I asked Petulant to send me his modified recipe when he's done tweaking it for his taste.

Of course, I cannot prove any of this because if you visit the thread right now, all konagod comments have been.... umm... what's the word I'm looking for.... redacted? deleted!

What's left are some comments by Petulant in response to mine which are rendered somewhat incomprehensible now, as if he's having a conversation with his own invisible rabbit or something.

I guess I touched a nerve over there with my honest assessment of things awhile back, as well as the follow-up fucked up chafe space spoof piece. (Say that ten times really fast.)

Now I'll admit, the last thing I would have expected was a virtual hug-fest given my clearly expressed feelings here and elsewhere regarding the super-charged, razor's edge atmosphere in many comment threads related to controversial posts. Apparently, konagod discussing vegetable gardening and lime bars is enough to chafe someone's hide and cement the deal on a banning.

So I decided the Disqus account could go as it serves no purpose except to clutter up the innertubez. That does not mean I will be invisible, nor does it mean I will be silenced. 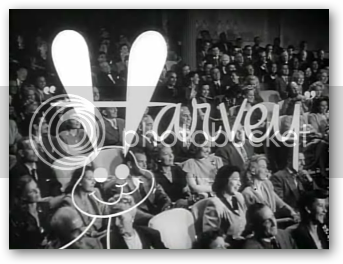