But it's certainly a BIG improvement from that ugly brown carpet which graced the hallway and two bedrooms. I had no idea how much brown carpet can just suck in light and never let it go. Both rooms feel bigger and definitely brighter now.

Here's the hallway leading to the bedrooms with the amazing blue carpet pad. 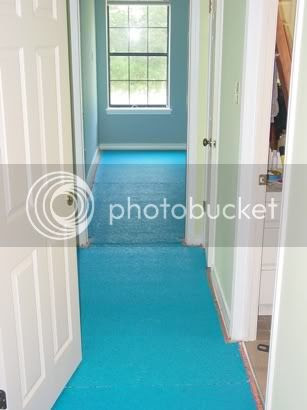 And the same hallway with carpet: 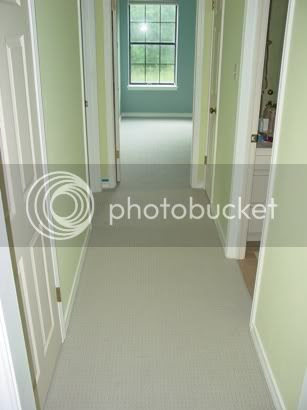 We selected a darker color with the same pattern for the living room. It seemed a lot darker when we selected it based on the swatch we saw. I would have described it as having a charcoal essence. It looks lighter. Of course as the light starts to fade into darkness, the carpet color seems to tag along. 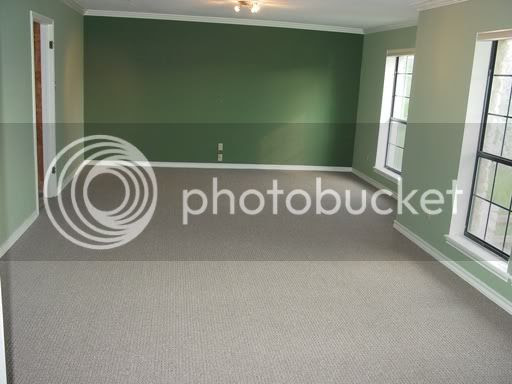 I'm really enjoying my bedroom now. Before, after I painted the walls this sage green, I was having seconds thoughts because it did darken the room considerably. Now I realize it was the brown carpet which made the room dark and depressing. This is much better! 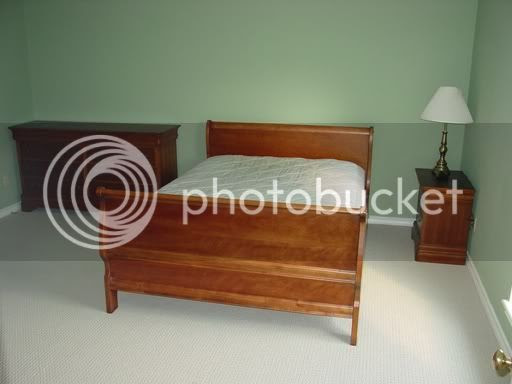 Sissy promptly gave her stamp of approving in the living room. She sat in there for a long time last night just stretching and rolling around, and finally sleeping on her back. 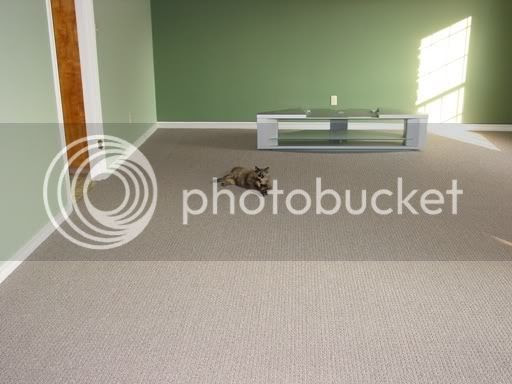 She really doesn't like change, chaos or disruption in the routine and she's been quite miserable since the end of July when we had the flooding, had to rip up carpet and move furniture around, and not to mention the loss of her buddy Samantha. It's been a rough ride for all of us but in the end I'd have to say it was worth it.

My only complaint is that I was expecting the new carpet to be a bit higher on the baseboards than the old carpet. It's actually close to 1/4" lower. In the bedrooms and hallway we never pulled up the old carpet because it wasn't water damaged, and I painted the baseboards down to the carpet level and tried to get the brush as far down on the baseboards as I could. Now I can see unpainted areas that I missed which I had hoped would be covered.

I'll tend to that when I can. I need to take a break from all this for awhile and just enjoy it.

I was going to put up some before & after shots, but you can click on the Home Improvements label to see the entire project.
Post Author: Friðvin at 1:55 PM

I just came upon your post by googling "sage green walls" and I really like the darker one in your bedroom. Did you buy that colour, and if yes, what brand is it? Or did you mix it up yourself?