What is it about dragging out an old box of photographs that is so exciting? It's like finding a treasure chest. And it's also an unpleasant revelation. I have found pictures of me at the age of 20 -- I was what my mother would call a "clean-cut handsome boy." Not any longer.

As I hold these photos in my hands I can't believe so much time has passed. It doesn't seem that long ago. And yet, if I wanted to share those photos back then with anyone, I had to drive over to their house, or mail them to someone. Now I can just scan and post.

I've had a scanner built-in with the copier and fax machine all this time and never used it before today. It works quite well.

I have decided I'm going to do "Vintage Cat Blogging" this Friday. That will be fun.

txrad and I just celebrated 17 years together. I dug around and found one of my favorite photographs which was probably taken just a few weeks after we met. 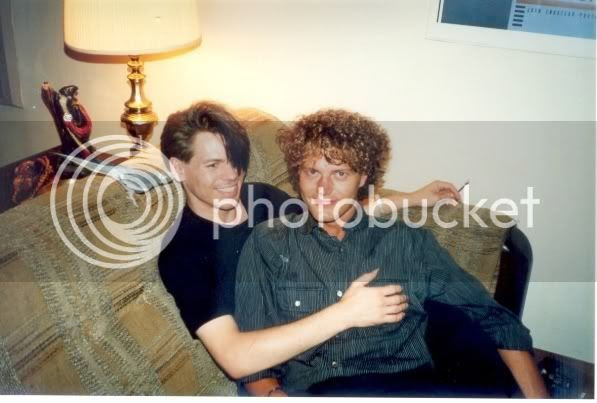 Wow, that San Diego air just worked wonders on my hair, didn't it?

Back around 1991 or 1992 I went back to North Dakota with him to visit his family. I always liked these two shots of us in the Badlands. The windy northern plains also had a way of working my hair into a frenzy. 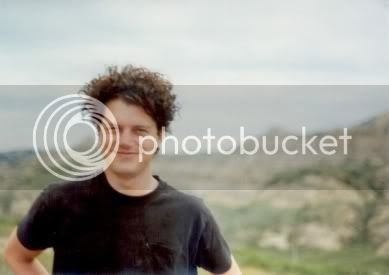 And txrad, well he's just sexy as hell, no? Eye Candy for konagod! 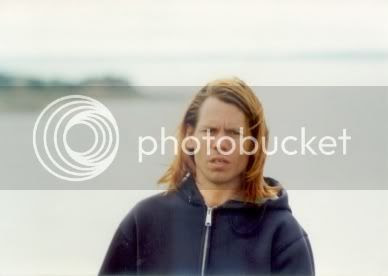 The photo of txrad was taken on Lake Sakakawea the third largest man-made lake in the US and created by Garrison Dam, one of the largest rolled earth-fill dams in the world. txrad's brother took us out on the lake on his boat one very brisk day (it was June!). We had spent the previous night sleeping in a tent on the ground which probably accounts for why we both appear rather haggard. Hey, it builds character.

I'll probably catch hell from txrad for not clearing the photos with him first, or for posting them at all, but I wanted to make this a surprise.

Thanks for 17 of the best years of my life. I love you.

It's sad we can't get legally married when our relationship has been more fulfilling and has lasted longer than the average legal marriage. That too shall change eventually.
Post Author: Friðvin at 4:15 PM