Wow. I was just getting involved in some extremely labor-intensive work today requiring great concentration when the flooring crew arrived with hammer and chisel to begin chipping away the tile in the foyer.

We drank a tad too much last night and txrad had a slight headache and had just taken aspirins when the noise began.

Tot was the first to take refuge in the office, with his David Bowie eyes. 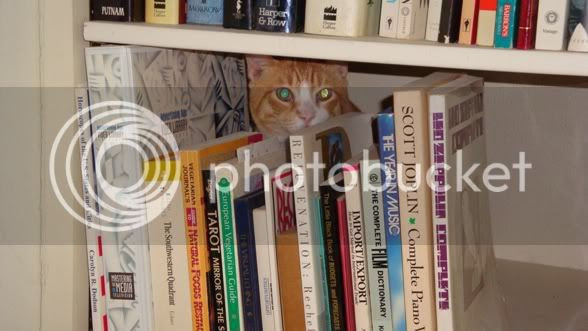 The demolition noise actually wasn't bothering me at all because when I am in deep concentration I tend to shut everything out anyway. I could not shut out txrad though. He was complaining. Then he went for a short walk.

I'm very happy to see that ugly brown tile disappear. I have never really liked it. 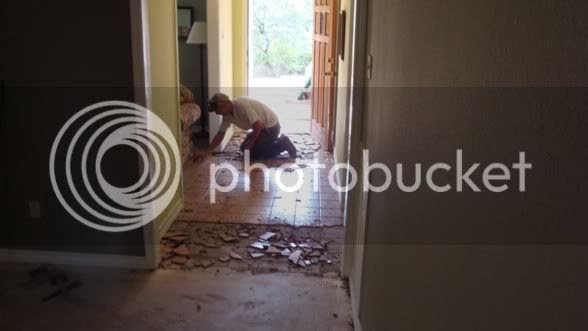 After txrad's headache wore off, he was in perfect Virgo supervisory mode. I love this photo because that medallion in front of the fireplace just looks ethereal, like something from Lord of the Rings. 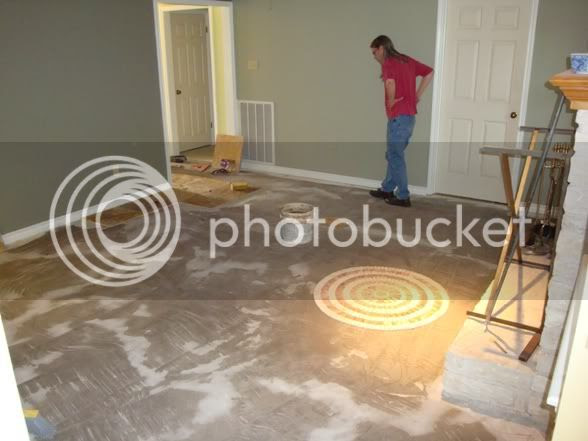 I think the crew of two worked until 7:00-ish and then called it a night. Tater Tot was happy to finally be released from the office to do his own Virgo inspection, and apparently it met with approval. 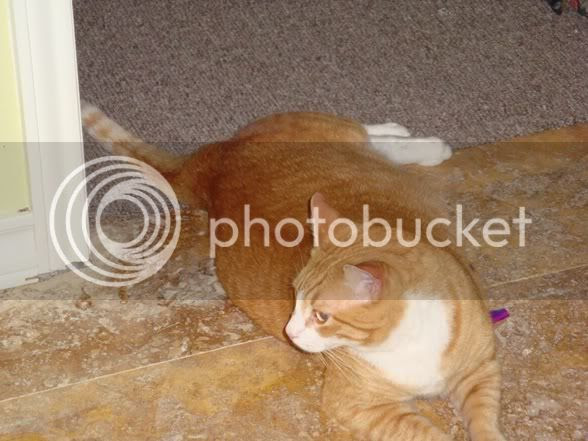 The guys are under the (probably false) impression they can finish this and the kitchen tomorrow. I have my doubts. I think we'll be seeing them again on Friday and possibly on Monday. But it is looking nice.

That black thing you see on the floor is a radio which was blasting a local Spanish station late this afternoon. I have this theory that Hispanic workers love to bring a radio into a gringo house and play those stations because they think it'll piss us off, and then when they get in their truck to leave they are listening to alternative rock or something. But I don't mind Spanish stations. The music makes me hungry. Same with classical Indian sitar music.

I'm going to figure out what station they were listening to and tomorrow I'll turn it on via the Bose. I know how to suck up. 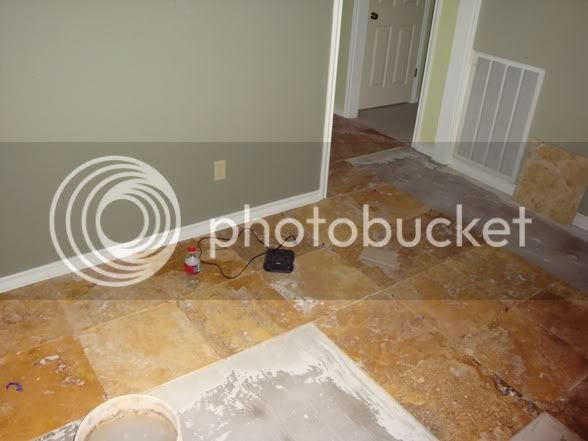 Before they left for the night, they brought in stacks of tiles which I have begun perusing for possible strategic placement. What you see here are all the backsides of the tiles. You have to flip through them like browsing for vinyl records back in the olden days. 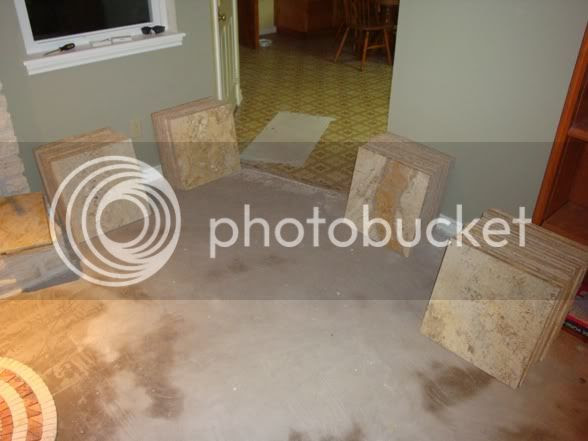 And in doing so, txrad and I both zoned in on this one as being particularly nice and worthy of great visible placement. That is hot! 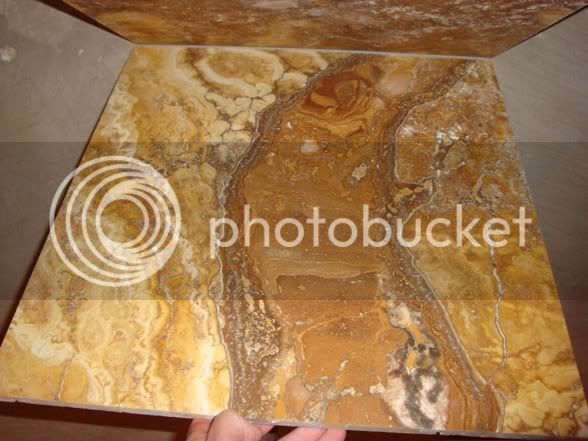 So, what do you think? Is it going to be a big improvement? Especially in the kitchen? At least the vinyl removal won't be as noisy as the tile. I can't wait to say bye-bye to that old crap. 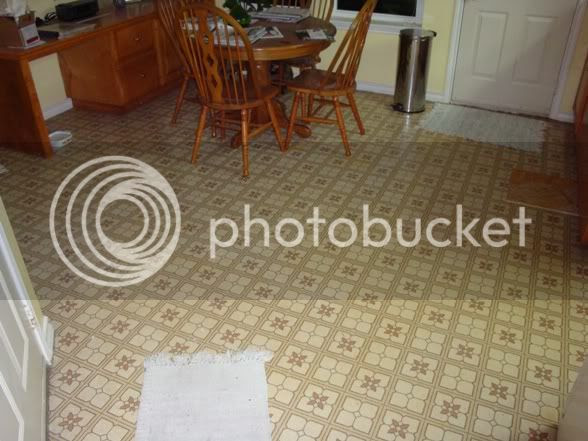