The Kona Gallery of Fine Art

Witchay Woman loves New Mexico and Santa Fe as much as we do. Maybe even more, if that's possible. Each year she sends a small holiday card featuring one of her beautiful pastels and I have five or six I've been saving for the day when I can drag myself out to get them framed. Framing just happens to be one of those tasks that is very conducive to procrastination.

A few weeks ago she emailed me a picture of her latest creation and it moved me in that very special way. I got bold and said, "I want that in my house!" After a virtual handshake she swung by the house this afternoon and voila! 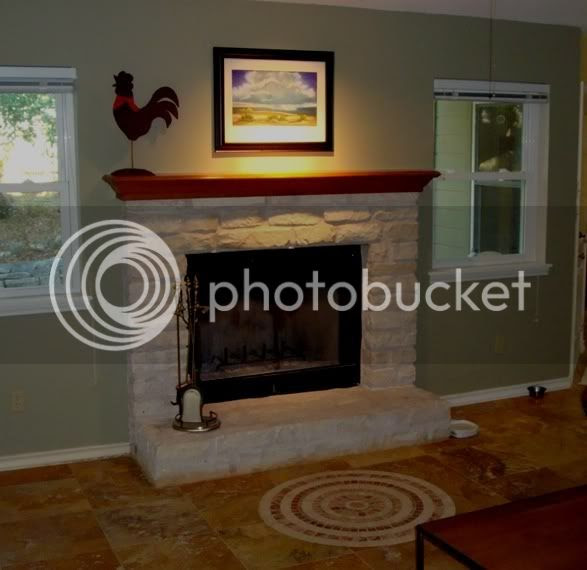 I had a bunch of personal photographs on the mantle -- pets and relatives mostly -- and that has all been cleared away for this gem. Not sure I want to keep the cock there but at least it does not distract too much. My father made that in his woodworking shop back in the mid-70s.

This is a perfect spot for the painting because it adds another layer of beauty to a room which had almost no character before we painted and put in the new floor. And even better that there is a recessed light fixture above the fireplace which can be directed to the wall. 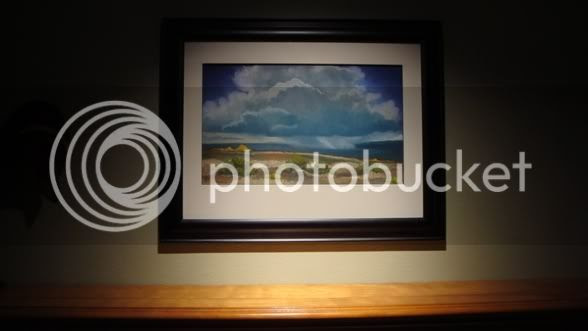 Honestly, I'd move the cock and put a couple of pieces of my Indian pottery collection up there to keep the Santa Fe theme going were it not for the cats who have been known to prance along the mantle. I don't think I want to risk having the pottery up there.

OK, I got daring and added some of the pieces I talked about earlier. I like the fish element which I purchased from a local gallery awhile back where incidentally, Witchay Woman was showing another of her works. 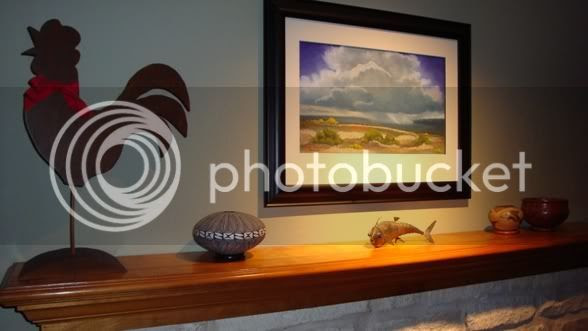 And I like the pottery although I wouldn't sleep a wink tonight if I left those out. I just wanted to see how it would look all tied together. Too busy?

Do I need to ditch my cock? (Hey, no snide comments!)

The fish could stay. It would not be subjected to great harm if it were knocked off the mantle by feline activity.... at least I don't think so. It also plays off the fish motif (which you really can't see in the photograph) in the pottery piece to the right of it. And I like the way the black & white piece works with the picture frame.

Oh, this all makes me nervous. It's getting put away. The last thing I need is to hear the sound of smashing pottery in the morning. I can say that because the cats have been watching me carefully arrange this display. And I'm sure they can't wait to investigate.
Post Author: Friðvin at 4:52 PM