As If There's Not Enough To Worry About

I'm already riddled with anxiety and depression on a personal level about my immediate future, but I still like to torture myself with the $50 monthly subscription to the New York Times which virtually guarantees I will slather on another few layers of apprehension.

The economies of many big oil-exporting countries are growing so fast that their need for energy within their borders is crimping how much they can sell abroad, adding new strains to the global oil market.

Experts say the sharp growth, if it continues, means several of the world’s most important suppliers may need to start importing oil within a decade to power all the new cars, houses and businesses they are buying and creating with their oil wealth.

Indonesia has already made this flip. By some projections, the same thing could happen within five years to Mexico, the No. 2 source of foreign oil for the United States, and soon after that to Iran, the world’s fourth-largest exporter.

The article goes on to state that some of the governments are subsidizing gasoline for their citizens -- as low as 7-cents per gallon which obviously promotes needless consumption.

So rock on, America. Drive those Suburbans and Tahoes to as many stores as possible this holiday season because we need to burn it up while we got it. They're certainly doing it in Mexico City. 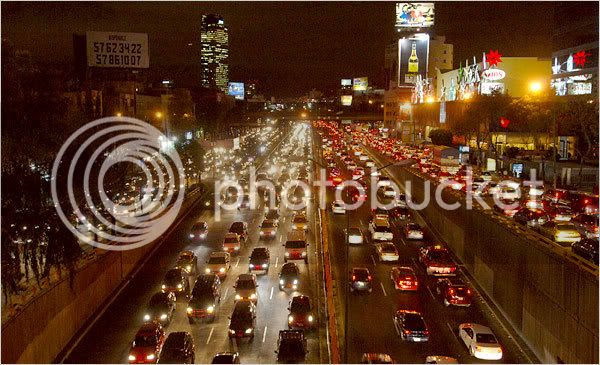 Email ThisBlogThis!Share to TwitterShare to FacebookShare to Pinterest
Labels: Fuel, Haves vs. Have Nots