What a day. TGIF!

Tater Tot wasted no time getting in the box last week when I was cleaning the office. He even got one of his fuzzy ball toys and put it in the box. The boy is smart. 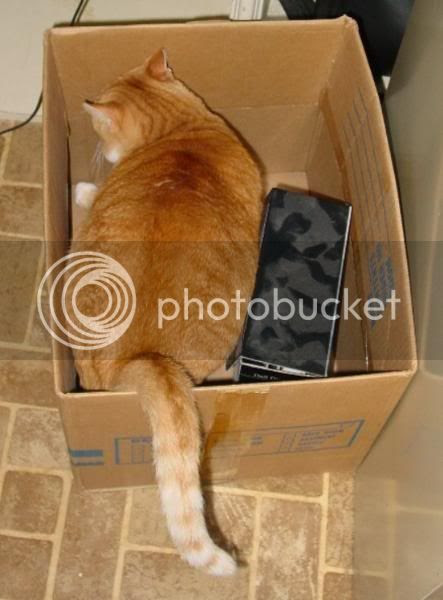 He's no stranger to boxes though. He always enjoyed sitting on our stack of recycled papers. 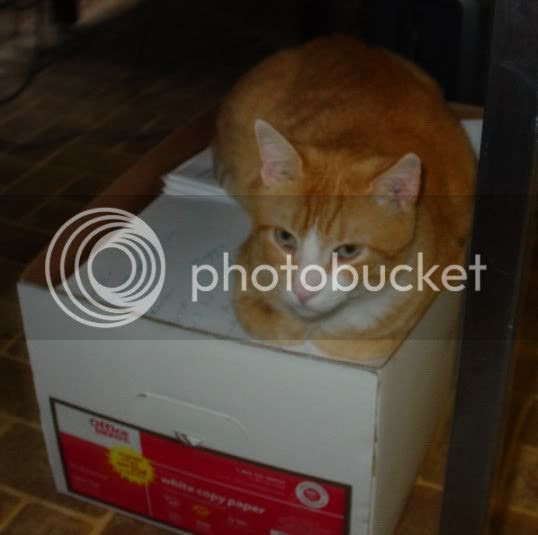 He still prefers an empty box so he can appear to be all cute and shit. 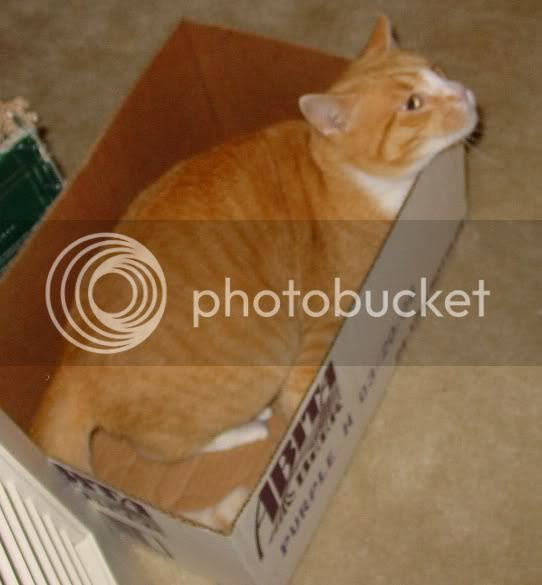 Samantha was pretty creative. If there was no box handy, she'd just use anything resembling a box. A basket works. 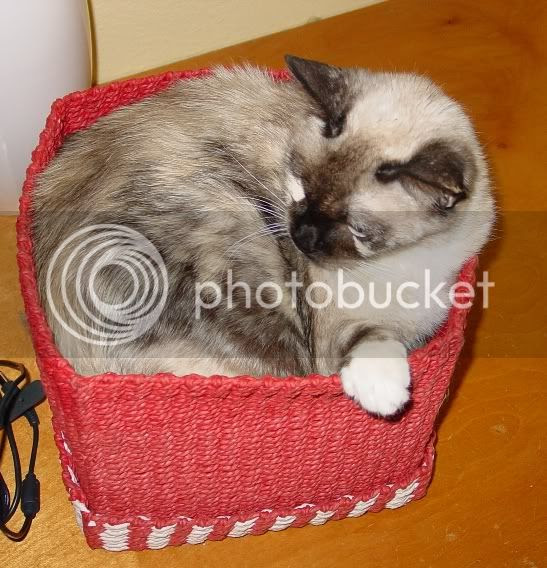 This was probably the last picture I took of Samantha before she died in July. The day before our house was flooded, txrad installed a new light fixture in the kitchen, and Samantha, frail and sick as she was, had to check out the box. It's a cat dream to have a box that large. 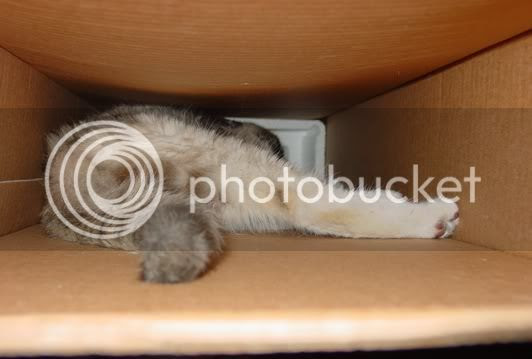 For days after Samantha died, Sissy was exhibiting some strange mourning symptoms, and that included sleeping in the litter box where Samantha used to poop days earlier. Thankfully, she's recovered. 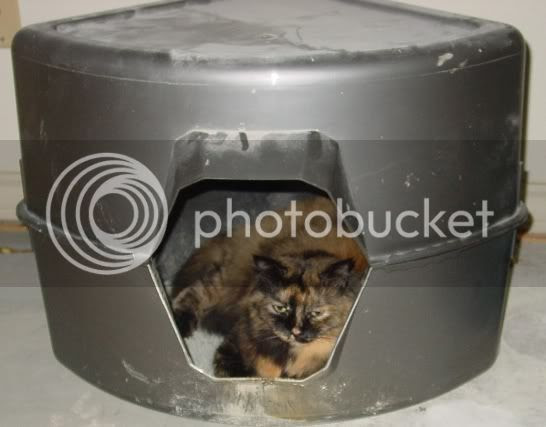 Happy Friday. I'll probably be doing a lot of catch-up blogging this weekend since the past two days have been a blitzkrieg of work. Just in case anyone wants to stop by and see what I'm ranting about.
Post Author: Friðvin at 5:32 PM

Your cats surely love hanging around boxes. They are very adorable. I love your pictures!

Eat more proteins and vegetables and fewer carbohydrates. Plantar faschitis pain can become serious enough being disabling phen375 scam izumi tabata, subjects who participated inside protocol had a heightened rate of calorie burn for numerous as 2 days following a session. Make exercise fun and do things together daily to encourage children to consider new habits that involve some form of exercise. Dancing: Dancing not only strengthens the quads but also helps to reduce fat around your belly, and besides, dancing is a pursuit that kids love http://www.phen375factsheet.com you can boil the leaves and drink 1 cup of radish leaf juice for approximately fourteen days to help remedy a bladder infection. Replace white bread and white rice with whole fiber bread and brown rice [url=http://www.phen375factsheet.com/]phen375[/url] circuit training can offer a simple, intense workout for women to lose fat.