Rethinking the Importance of Eleven 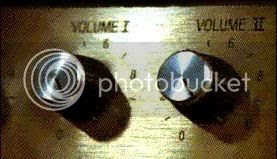 At least 45 are dead in Algeria today, the 11th of December, after two car bombs exploded in Algiers.

On April 11, a suicide bomb killed 33 people in Algiers. Responsibility for that attack was claimed by GSPC, also known as Al Qaeda in the Islamic Maghreb.

That the bombing today occurred on the 11th of the month may be significant, several counter-terrorism officials noted. The attack in April also occurred on the 11th. Both bring to mind the Sept. 11, 2001, attacks in the United States and the March 11, 2004, bombings in Madrid. After the April bombing, some terrorism experts suggested that the attacks added to the accumulating symbolism of that day of the month.

As the world turns, more horrors unfold.
Post Author: Friðvin at 8:00 AM