This Is Not a Perch

I must have known while growing up that Bayou Bartholomew was the world's longest bayou. I forgot that fact and was reminded while doing research for this post. 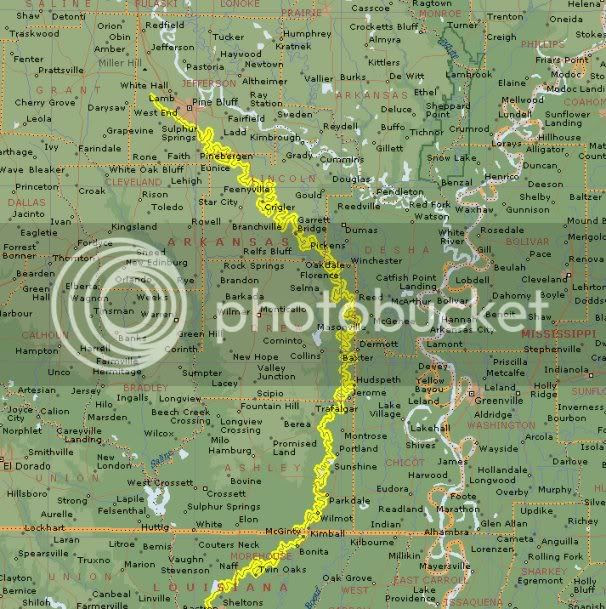 One of the bends in the curvaceous bayou approached the western end of our farm. My brother said he used to wade around in it while hunting and fishing. Not me.

I have issues with murky water, especially murky water filled with cypress trees. You won't ever catch me in it, and I don't particularly like being in a boat in such nasty waters. But the bayou is popular with local folks who like to fish.

Over 100 species of fish have been found in Bayou Bartholomew making it the second most diverse stream in North America with regards to fish. The first inhabitants were the Native Americans.

Aside from the fact that my biggest fear of either snakes or other carnivorous reptiles has been eclipsed by this catch, I seriously think this could jeopardize many of the other species found in the bayou, if there are indeed more of these. 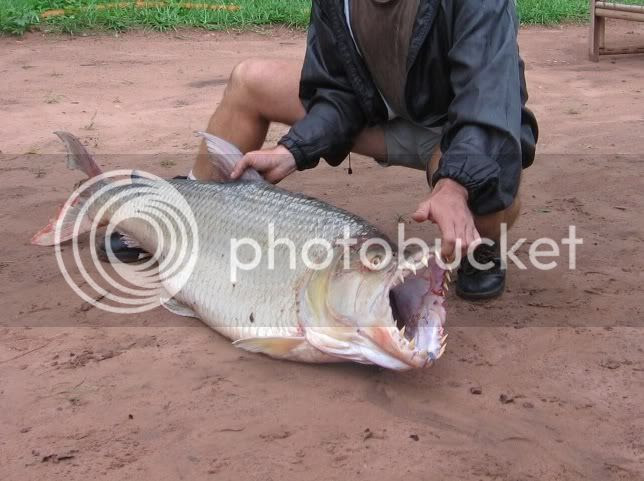 Although this bayou is about 359 miles long, this particular fish was caught in the general vicinity of where I grew up. 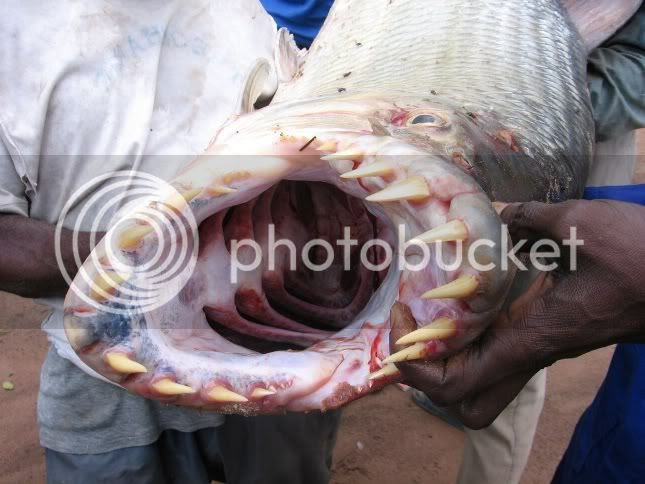 Manard Whiffle of Dermott, Arkansas poses with fish he hooked while fishing Bayou Bartholomew, south of Seven Devils Swamp. Interviewing Mr. Whiffle, he stated, "I've caught a lot of strange things out of that old bayou, but it's the first time I caught a perch this big with teeth".

An Arkansas Fish and Game official arrived and took possession ot the animal and stated, "this is not a perch. People with fish tanks have got to quit dumping them in our streams and lakes."

Yes, please. Because there's already enough to worry about while navigating through the swamps.
Post Author: Friðvin at 2:07 PM

I'm from Portland Arkansas, and I've seen some strange things on Bartholomew, but this fish is truly bizarre. did they ever decide what it was?

Almost 10 yrs later but it's a goliath tiger fish