Factoids from the Deep 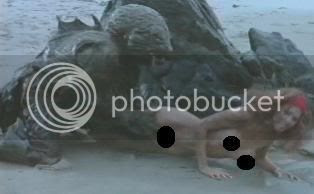 I was just cleaning a few things out of the fridge. Here's a glimpse into our chill chest. Not bad; I've seen far worse. (I like looking in people's fridges, so if you ever invite me over, you know what to expect.) 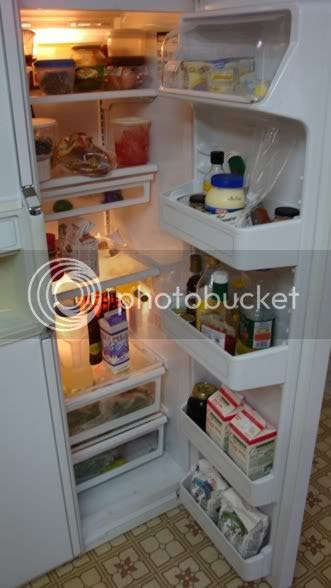 I do this every 2-3 months because there's always something stored in there which we forget about, and it usually has something green and fuzzy growing on it. And each time I always end up throwing out something I missed the last time around -- something dreadful which should have been discarded a few years back. 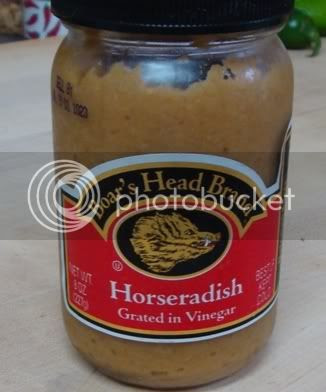 What a waste! It appeared as if all we'd done was tasted it and put it back in the fridge to expire. What really shocked me was the "sell by" date on this little gem. 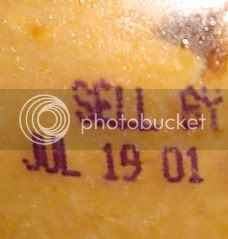 For those of you with a memory impairment, when we bought this stuff, it was fairly easy to go to the airport and board a plane. No need to remove shoes, nail clippers were probably in everyone's luggage, shampoo and conditioner in their original 12 oz bottles were common, even an ice pick could probably slip through. Ahh, those were the days, my friends, those were the days.

That's not the oldest thing in our fridge though. Not long after we'd moved in together while we were living in California, txrad came home from North Dakota with a jar of choke cherry (wild cherry) juice which we were planning to make into jelly. The funny thing is, that's still on our agenda. But we're waiting on the 20th anniversary. (Of the chokecherries, not us.) The REALLY funny thing is we got drunk one night about 2 years ago (well, that's not funny or unusual) and we opened the jar which had been sitting on a shelf in the pantry all these years. It was still fine then and there's still no sign of mold. That's some amazing shit. 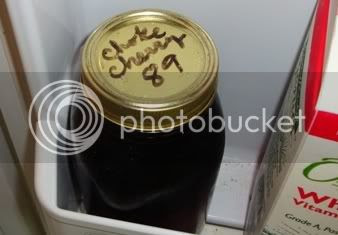 On to another story, completely unrelated to the fridge:

txrad and I embarked upon another dreaded expedition to our local shopping slab with gift card in hand for the Williams Sonoma/Pottery Barn combo. After failing at finding anything to spend $100 on at PB last weekend, we felt certain we'd score something at Williams Sonoma.

I did spy a springform pan for cheesecakes. Mine died a few years back. But if we've gotten along this far without one, why splurge on one now? Besides it was $40. We checked out a few other things but nothing gave us the urge to buy, so we came home.

I'm seriously starting to wonder why I cashed out those AMEX points for gift cards at these shops. I should have stuck with Home Depot. I can ALWAYS spend money there.

txrad has a Question of the Day:

What's the oldest thing you've ever found in your fridge?
Post Author: Friðvin at 6:21 PM