I Don't Always Disagree With Bush

The message at least. But coming from his lips, I can't help but gasp.

President Bush, little more than an hour after returning to Washington from the Olympics in Beijing, bluntly warned Russia that its military operations were damaging its reputation and were "unacceptable in the 21st century."

For fuck's sake! What is wrong with this asshole? Remember Iraq? 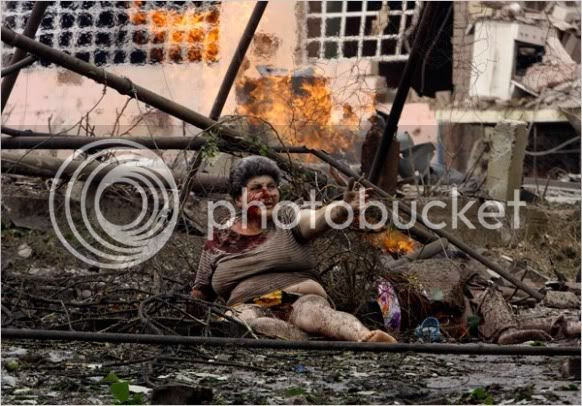 The good news is: Bush is home from the Olympics! Fuck yeah!
Post Author: Friðvin at 7:02 PM