The Obamanation of Unity

Here we go. The Bearded Bill is speaking. I'm ready for Obama to plaster me to the wall with his brilliance. Assuming I don't do it first. (Plaster myself to the wall, but without the brilliance.) 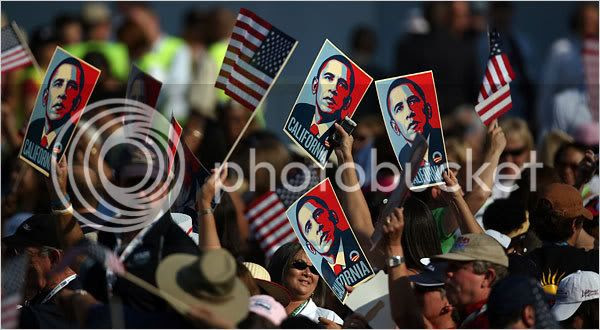 Since I don't have time to do a proper post on the subject, I'd like to briefly address the numbers of Hillary supporters who are still holding out by threatening to vote for McCain, vote 3rd party, or sit out the election.

Everyone has the right to vote as they please, or not. But some want to hold that right, and not be held accountable if a significant number of like-minded "progressive" people sit this one out, or vote for someone other than Obama as a protest, or by casting the "moral" vote.

It's true that the election will not be decided by one vote. Not yet anyway. But as we've seen in 2000 and 2004, elections are getting tight and are usually decided by one or two states, and often amid .... um, how shall I put this... odd circumstances. Like thousands of voters in Ohio giving up after standing in line for hours to vote.

Several thousand such angry voters in a tightly-contested state could easily tip the balance in favor of John McCain and thus give us another four years of the same old fucking shit. Not to mention a Supreme Court which will most likely overturn Roe v. Wade and worse. (Yes, it can get even worse than that.)

So, I just wanted to get this off my chest since so many of my progressive feminist comrades are still in the No-to-Obama camp. Those who are actually thinking of voting for John McCain can honestly go fuck themselves. That's not liberal, feminist or progressive.

The rest of them who are living in a swing-state and thinking about not voting or voting 3rd party can obviously do what their conscience tells them. My conscience has always told me to vote 3rd party over the death penalty issues which SO many politicians seem to favor, even Obama and Biden. But this year I'm making an exception, even in a state which isn't likely to swing. Because I want my voice heard for a louder cause than a specific moral issue, be it sexism, misogny, or killing people because they killed people.

But let konagod tell all of you this. We may not be in unity right now, but if John McCain is elected, we will all be in the same boat for the next four years.

And that boat will sink. How's that for unity?